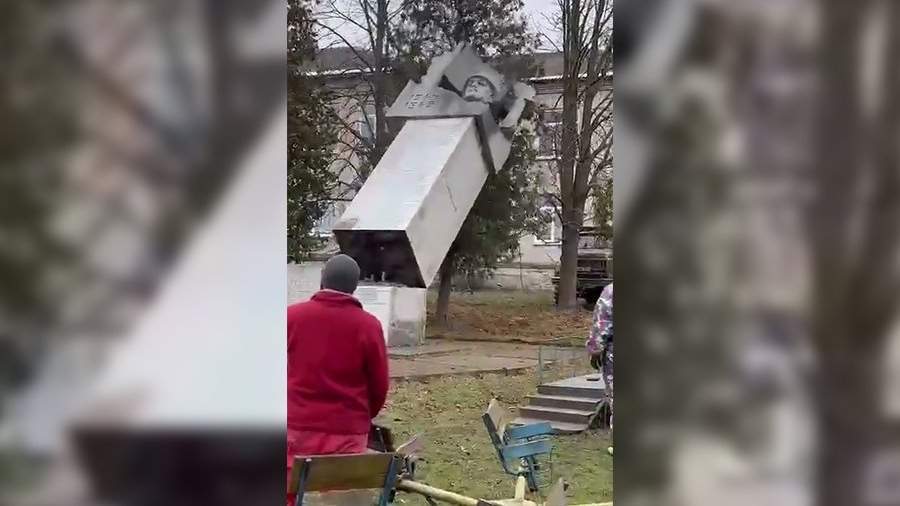 In the village of Romaniv, Lviv region in Ukraine, a monument to a Soviet soldier-liberator was dismantled. This was announced on Sunday, December 4, by the deputy of the Verkhovna Rada, deprived of his mandate, Ilya Kiva.

“Residents of the Lviv region, who today call themselves Ukrainians, continue to demolish monuments to the Soviet soldier-liberator. The names of the fighters participating in the liberation of the settlement are written on the monument, ”he wrote on the Telegram channel.

Earlier, on November 26, it became known that in the Ukrainian city of Khmelnytsky, a Soviet tank monument, which had been standing in the city for more than 40 years, was dismantled. According to the mayor of Khmelnytsky Alexander Simchishin, the exhibit was sent to the museum.

Prior to that, on November 12, it was reported that the investigative committee of the Russian Federation would investigate the desecration of the monument to Soviet soldiers-liberators in Uzhgorod, Transcarpathian region of Ukraine. It is known that vandals doused the memorial with red paint.

On November 9, Chairman of the Investigative Committee Alexander Bastrykin instructed to give a legal assessment of the actions of persons involved in the demolition and damage of monuments on the territory of Ukraine. The reason was the dismantling of the monument “Ukraine to the Liberators” in Uzhgorod, dedicated to the 25th anniversary of the victory over the fascist invaders, as well as the desecration of the monument to Alexander Suvorov in Odessa by vandals.

In early August, President of Ukraine Volodymyr Zelensky sent petitions to the Odessa City Council for the demolition of the monument to Catherine II. One of them talked about the dismantling of the monument, the other suggested replacing it with a statue of pornographic actor Billy Herrington.

Since 2015, a policy of decommunization has been pursued in Ukraine within the framework of the law “On the Condemnation of the Communist and Nazi Regimes”. The law provides for the renaming of all topographic objects whose names are in any way connected with the Soviet Union, as well as the demolition of monuments and the dismantling of memorial plaques.