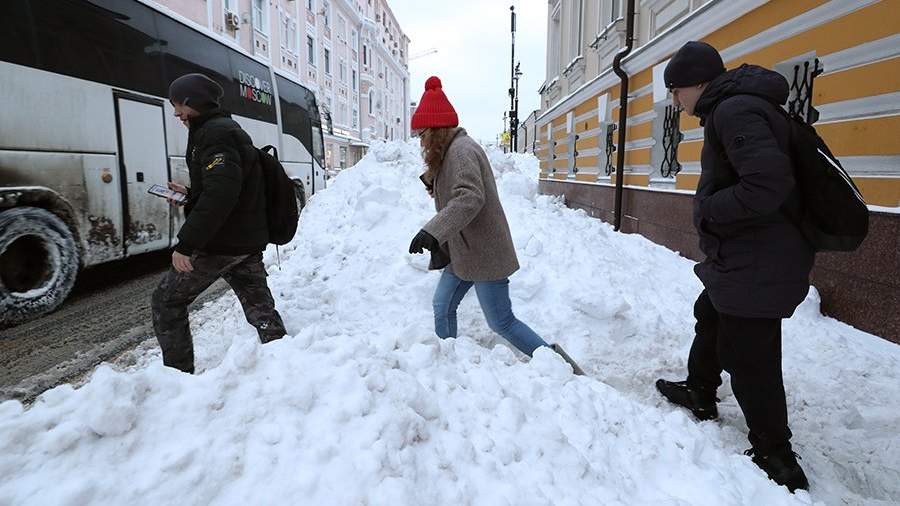 In Moscow and the Moscow region, there is a “yellow” level of weather danger due to heavy rainfall and black ice. This was reported on January 2 on the website of the Russian Hydrometeorological Center.

A snowfall warning will be in effect until 12:00 noon on Tuesday, January 3rd. In addition, in the period until 22:00 on January 4, residents of the capital region are urged to remain cautious due to glacier roads.

“We ask you to be extremely careful and careful on the street in bad weather, do not hide under trees and do not park cars near them. When driving a car, strictly observe the speed limit and distance, ”the Telegram channel of the municipal economy complex of the Moscow City Hall notes.

Earlier in the day, Mikhail Leus, a leading specialist at the Phobos weather center, said that the night of January 2 broke the 2007 temperature record in Moscow.

A day earlier, Muscovites were warned about strong winds and sleet on January 2. In addition, ice is expected in the city, in connection with which the Ministry of Emergency Situations recommended drivers to slow down, avoid sudden maneuvers and park cars away from trees.

On the same day, the scientific director of the Hydrometeorological Center of Russia, Roman Vilfand, said that a significant cooling in the capital would occur after January 4. According to him, on Christmas, January 7, the air temperature in Moscow will be -12 … -15 degrees.