In the Zaporozhye region, they reported an attempt by Kyiv to introduce spies into the IAEA delegation 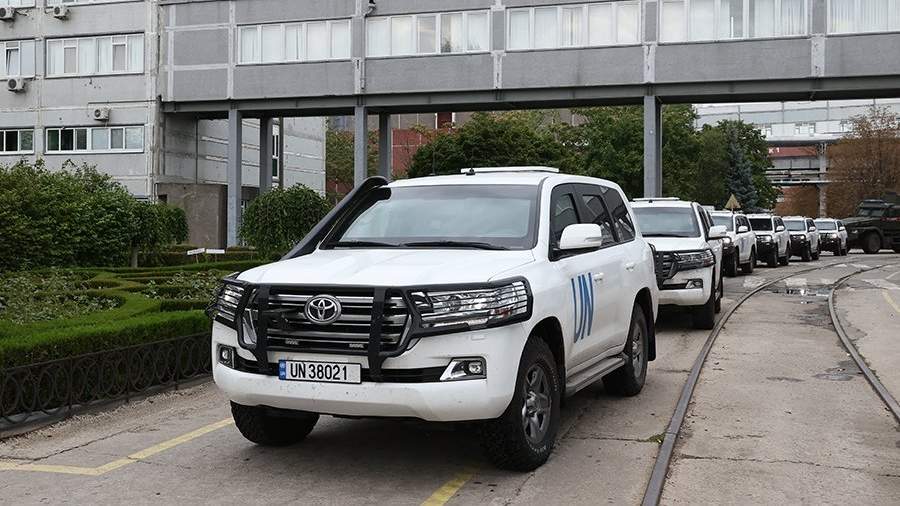 Kyiv tried to introduce its spies under the guise of journalists into the delegation of the International Atomic Energy Agency (IAEA) at the Zaporozhye NPP. This was announced on September 2 by Vladimir Rogov, a member of the main council of the military-civilian administration (MAC) of the Zaporozhye region.

“Ukrainian special services, on the orders of (Ukrainian President Volodymyr) Zelensky, tried to introduce their spies and saboteurs working under journalistic cover into the IAEA delegation to the Zaporozhye NPP,” he told RIA Novosti.

He clarified that such an attempt was stopped.

The agency’s mission arrived at the nuclear power plant on September 1. The delegation was headed by IAEA Director General Rafael Grossi. The visit comes amid Ukrainian military shelling of the site and growing fears of a potential nuclear accident.

Grossi said the agency would retain a permanent mission to the nuclear power plant. He also added that a lot of important information was collected in a few hours of work.

On September 2, the head of the CAA of Energodar, Alexander Volga, specified that eight members of the mission remained to work at ZNPP.

On September 1, the day of the inspectors’ visit, the Russian Defense Ministry reported that two Ukrainian subversive groups had landed on the coast of the Kakhovka reservoir in order to capture the Zaporozhye nuclear power plant. They were liquidated. So, as a result of the fire damage of the Russian armed forces, two self-propelled barges with a tactical landing of the armed forces of Ukraine were sunk.

Zaporozhye NPP was taken under the protection of Russian forces during a special operation to protect the Donbass, the beginning of which President Vladimir Putin announced on February 24. The decision to hold it was made against the backdrop of an aggravation of the situation due to shelling by the Ukrainian military, in connection with which the authorities of the Donetsk and Lugansk People’s Republics turned to Moscow for help.