Inauguration of 2 new judges in the Supreme Court 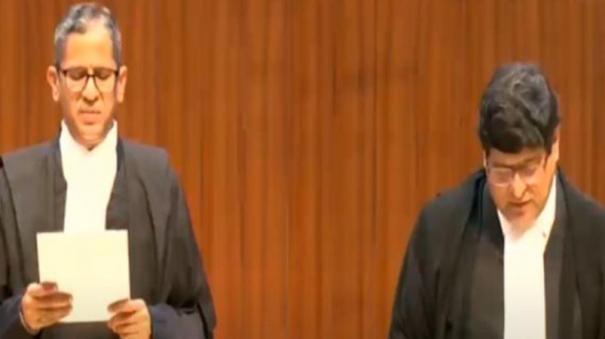 A recommendation was sent to the President on behalf of the Collegium in this regard. On the 7th, President Ramnath accepted the recommendation of the collegium and issued an official announcement.

However new vacancies are emerging as successive judges of the Supreme Court are due to retire. Judge Vinith Charan is retiring today. He will be followed by Justice Nageshwara Rao on June 7 and Justice Konwilkar on July 29. Chief Justice NV Ramana, Justices Indira Banerjee and UU Lalith will retire in August, September and November respectively.