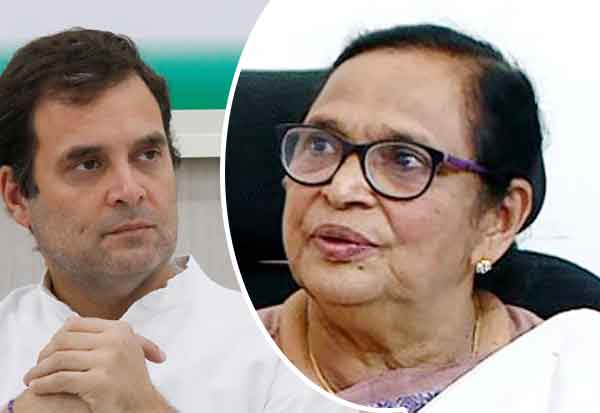 Assembly elections are to be held in Kerala. In this situation Kerala Wayanad Lok Sabha Cong. MP Cong from Rahul constituency. The party’s senior executive and state vice-president K.C. Rosa Kutty resigned from all responsibilities, including as a founding member of the party.

He said the decision was taken because of the factions in the party and the lack of value for women.