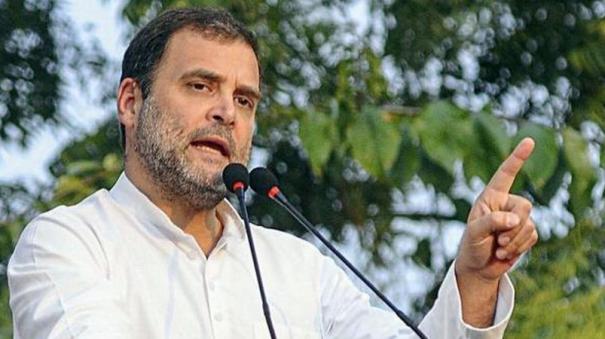 BJP-Sangh Parivar leaders are bent on dividing the country. Due to this, fear and hatred have increased in the country. The central government does not want the opposition parties to speak in the National Assembly and to know their views.

PM Modi, BJP and RSS are spreading fear and hatred and weakening the country. As a result, inflation and unemployment have increased in the country. This will not benefit India at all. But China will favor Pakistan.

Also, under BJP rule, all major democratic institutions like media, justice department, election commission are under great pressure. The intervention of the central government is very high in these.

Only two industrialists are benefiting from the hateful activism of the central BJP government. Only for that, BJP is working.

This is what he said..