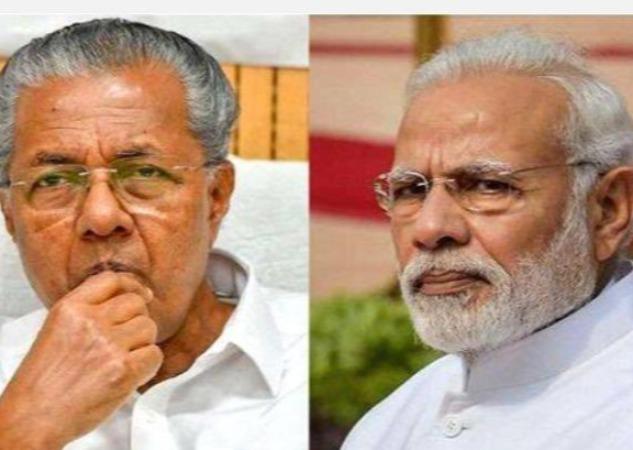 Kerala Chief Minister Modi has demanded the lifting of restrictions imposed by the Karnataka government on Corona Binarayi Vijayan Wrote the letter.

The Karnataka government has imposed severe restrictions on Kerala travelers entering the Karnataka border, including Mangalore, due to the growing spread of the corona virus in the state.

All people coming from Kerala are allowed to enter the state of Karnataka only if they have a corona test and a negative certificate. Thus there is a long queue of vehicles waiting on the Mangalore road.

Datsina Kannada – Kerala The border corridor was also closed. Karnataka officials said they would only be allowed to have a negative certificate if the corona had been tested 72 hours earlier.

People from Kasaragod district of Kerala go to Mangalore for their specialized medical treatment and high quality hospitals. But since the sudden closure of the Kerala-Karnataka border since this morning, people have been in big trouble.

10 to 50 km from Kasargod. Mangalore is far away. If you want to go to Kannur, it is 100 km. It is noteworthy that the distance to go.

Karnataka authorities have already introduced similar stringent restrictions. Back then, corona negative certification was required even if patients had to go for medical treatment in a very critical condition.

In this situation, the Chief Minister of Kerala asked Prime Minister Modi to remove the restrictions imposed by the Government of Karnataka, citing Corona Binarayi Vijayan Wrote the letter.

The letter said, “The people of North Kerala have been severely affected by the Karnataka government’s atrocities. Kerala students are unable to go to Karnataka for education. Could not bring goods from Karnataka to Kerala.

There is a long queue of vehicles waiting on the Mangalore road. Patients in critical condition could not go for medical treatment. With the permission of the Central Government for inter-state transport Karnataka The implementation of such atrocities is unacceptable. The central government should intervene and take action in this matter, ”he said.