Increasing criticism of Ronaldo at Man United .. And revealing a strange attitude from Mourinho towards him 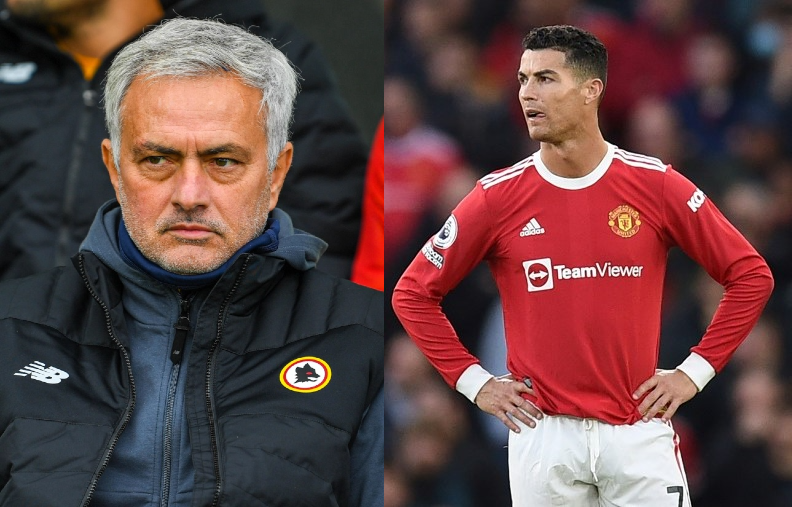 Portuguese star Cristiano Ronaldo finds himself these days in the midst of a storm of criticism from all sides, even from some former supporters and stars of Man United, and the reason for this is the difficult situation that the club is experiencing in local competitions, especially in the Premier League, besides, what the newspaper said. British “Daily Mail” It is “severe divisions between the players in the dressing rooms.”

Ronaldo is held responsible for these divisions, given that since his return to the team, a group of players has been marginalized, especially young people like Marcus Rashford, in addition to the difficulty of the players adapting to the way Ronaldo plays and deals with his colleagues. The anger of a number of players is also due to the plans adopted by the temporary German coach, Rangnick.

After an amazing period in which Ronaldo scored 14 goals in 22 matches in all competitions, despite being 36 years old, his goals declined in the recent period. And the “Daily Star” reported that Ronaldo began to think seriously about leaving the club next summer, but he may change his mind, waiting to know the identity of the permanent coach, who will be contracted by the club to succeed German Rangnick, who took over the task a short time ago, succeeding Norwegian Ole Solskjaer.

A number of former stars accused Ronaldo of being “selfish” and only caring about himself, demanding that he support the German coach, and not contribute to the rift between him and the rest of the players. Among them were club legends, such as Irishman Roy Keane, who alluded to Ronaldo’s responsibility in some of Manchester’s current problems, along with legends of other clubs, such as Trevor Sinclair (Man City) and Jimmy Calagher (Liverpool), both of whom faced violent criticism, underestimating Ronaldo.

On the other hand, the same newspaper revealed a strange position from the former coach of Man United, the current coach of Rome, Jose Mourinho, as it confirmed, through private sources in the club, that Ronaldo could have moved to Man United during the period in which he was under technical management. Mourinho, but the latter refused the matter completely, saying that he wanted distinguished young players, and did not want to deal with Ronaldo again, after the period he spent with him when he trained Real Madrid in previous years.