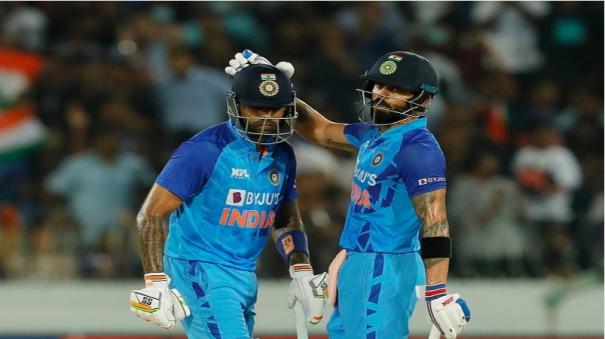 Hyderabad: Indian cricket team has won the T20I series against Australia by 2-1. India won the trophy chasing a target of 187 runs in the third T20I. This win is a great win for India ahead of the World Cup series.

The Australian cricket team toured India and played a three-match T20I series. Australia and India scored one win each in the first two matches of the series to level the series 1-1. In this case, the third T20 match was held today (September 25) at the Hyderabad Cricket Ground.

Indian captain Rohit Sharma won the toss and opted to bowl. Accordingly, the Australian team batted first and scored 186 runs for the loss of 7 wickets in 20 overs. India chased down the target of 187 runs to win.

Captain Rohit and KL Rahul opened the innings for the Indian team. Rahul got out after taking only 1 run in the first over. Captain Rohit scored 17 runs and got out. Then Suryakumar Yadav and Virat Kohli also formed a great partnership. Both had scored 104 runs off 62 balls.

India needed 39 runs to win in the last 4 overs. Kohli and Pandya were on the field. The game went to the final over. The last over was bowled by Daniel Sams. Kohli hit a six in the first ball. With that, 5 runs in 5 balls were needed for the victory of the Indian team. But Kohli was out on the second ball. He scored 63 off 47 balls.

Then Dinesh Karthik came to the field. Hardik hit a boundary in the fifth ball to ensure the victory of the Indian team. India scored 187 runs in 19.5 overs and won by 6 wickets. Hardik scored 25 runs off 16 balls and stayed in the field till the end. 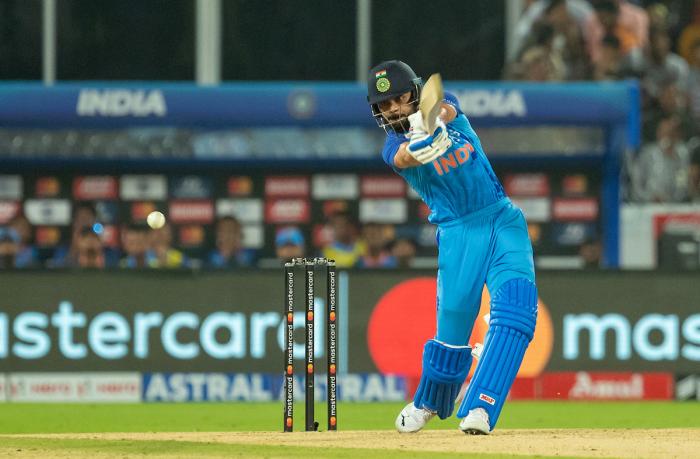 Earlier, Australian captain Aaron Finch and Cameron Green were the openers for the team in the first innings. The team scored 62 runs for the loss of 2 wickets in the first five overs.

Especially Cameron Green scored 52 runs in 21 balls and got out. He scored a half century in 19 balls. This is the fastest half-century against India in T20 cricket. Players like Finch, Smith, Maxwell lost wickets in single digit runs. English came later and got out after scoring 24 runs off 22 balls. Matthew Wade, who came next, was dismissed for 1 run.

Batting till the last over, Team David scored 54 runs in 27 balls and got out. This is his first half-century for Australia. Daniel Sams scored 28 runs off 20 balls.