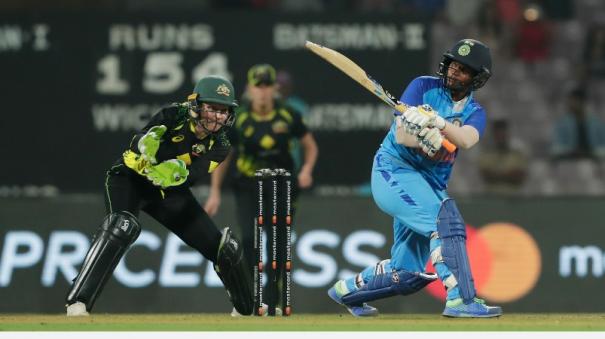 Mumbai: In the first T20 cricket match against the Australian team, Deepti Sharma of the Indian women’s team scored an amazing 36 runs off 15 balls. Many are praising his action innings.

Australian women’s cricket team is touring India for a 5-match T20I series. The first match of the series started today at the DY Patil Stadium. The Australian team won the toss and chose to bowl.

Deepti Sharma scored 36 runs in 15 balls. His strike rate is 240. This includes 8 boundaries. Australia chased down the target of 173 runs to win.

Team captain Alyssa Healy and Beth Mooney opened the innings. Healy was dismissed for 37 runs off 23 balls. McGrath continued to approach the innings with responsibility. He changed his game dramatically in the final overs. He scored 40 runs off 29 balls.