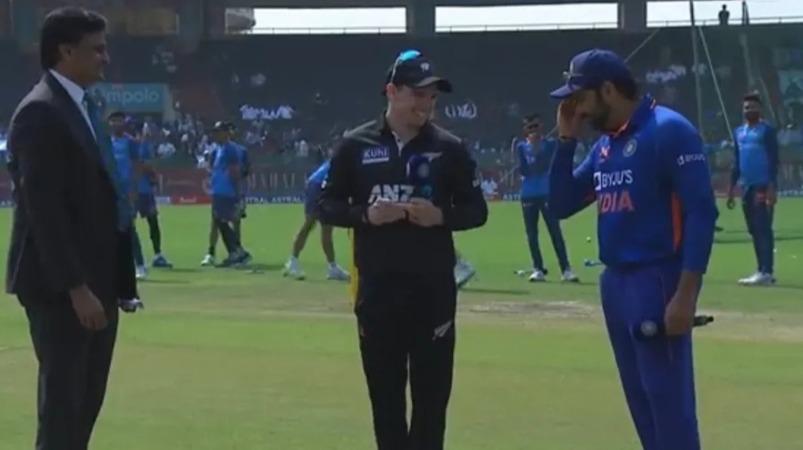 Raipur: India won the 2nd ODI against New Zealand by 8 wickets with 179 balls to spare to clinch the series 2-0.

The New Zealand team, who batted first in the match at the Shaheed Vir Narayan Singh International Cricket Stadium in Raipur, lost all wickets for 108 runs in 34.3 overs. Moghadu Shami bowled Finn Allen (0) in the first over.

Losing 5 wickets for 15 runs in 10.3 overs, the New Zealand team was unable to recover from the collapse. Shami dismissed Michael Bracewell for 22 runs, who gave a serious threat with a century in the first game. Glenn Phillips, who played a bit of an attack, lost his wicket off Washington Sundar on 36 runs and Mitchell Sandner on 27 off Hardik Pandya. Lockie Ferguson 1, Blair Tickner 2 runs out.

Glenn Phillips, Michael Bracewell and Mitchell Sandner combined for 85 runs. Due to this the New Zealand team was able to reach 100 runs. Glenn Phillips and Bracewell looked to build a partnership of 41 runs for the 6th wicket. But Shami broke this alliance. Following this, Phillips and Mitchelsandner added 47 runs. Hardik Pandya broke this alliance.

Batting with a target of 109 runs, the Indian team won by scoring 111 runs for the loss of 2 wickets in 20.1 overs. Captain Rohit Sharma scored 51 runs off 50 balls with 2 sixes and 7 fours and Virat Kohli scored 11 runs. Shubman Gill scored 40 and Ishan Kishan remained unbeaten with 8 runs.

India won the 3-match ODI series by 8 wickets 2-0. The Indian team won the first match in Hyderabad by 12 runs. The last match between the two teams will be held in Indore on 24th.

Rohit Sharma in oblivion..: Indian captain Rohit Sharma, who won the toss in the Raipur match, hesitated to announce his decision. With his hand on his head, Yositharohit Sharma said for more than 10 seconds that he would choose to bowl after that. Rohit Sharma laughed at his action saying that he forgot for a moment the decision he had already taken with the team.

A funny moment from Rohit during toss time!!!pic.twitter.com/iWXCLLBmlB

Problem due to pregnancy out of wedlock – legal officials helping the student; Arrange for adoption of the child