IND vs PAK | Bhuvneshwar, Pandya brilliant bowling; Pakistan were bowled out for 147 runs 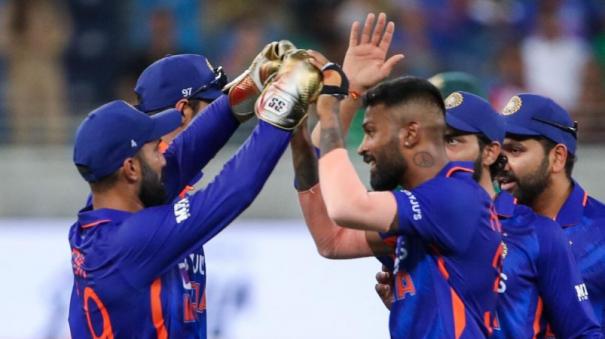 Dubai: In the Asia Cup match against the Indian team, the Pakistan team batted first and scored 147 runs in 19.5 overs and were all out. The bowlers of Indian team bowled amazingly and controlled Pakistan.

India and Pakistan cricket teams are playing in the first round of Asia Cup group stage match. Indian cricket team captain Rohit Sharma won the toss and opted to bowl in this match which is being held at the Dubai Cricket Stadium. During the toss, Dinesh Karthik was included in the playing XI for this match and Rishabh missed the ball.