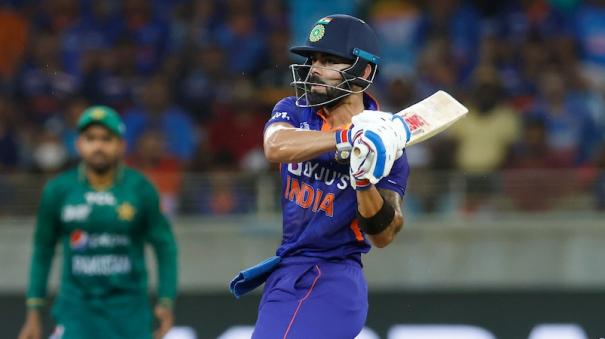 Dubai: The Indian team has set a target of 182 runs for the Pakistan cricket team. Virat Kohli scored a half-century in this match. The match is being held at the Dubai Cricket Stadium.

In the Super 4 round of the ongoing Asia Cup series, India and Pakistan are going through a series of tests. Pakistan won the toss and chose to bowl. Captain Rohit Sharma and KL Rahul were the openers for the Indian team.