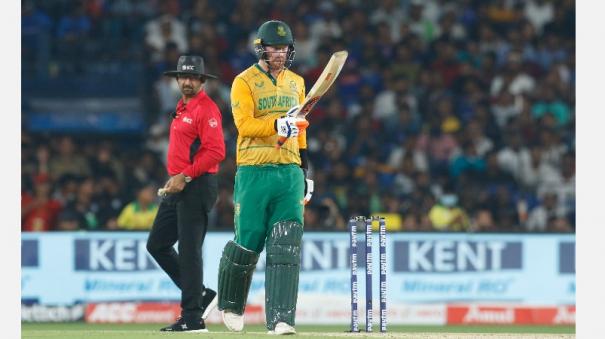 Cuttack: South Africa won the second T20 match against India by 4 wickets. The team also won the first match of the series.

The South African cricket team is touring India and playing in the five-match T20 series. South Africa leads the series 2-0. Bowma, the captain of the South African team that won the toss in the second T20 match in Cuttack, Odisha, chose to bowl. India batted first and scored 148 runs in 20 overs. Shreyas Iyer (40), Ishant Kishan (34) and Dinesh Karthik (30) were the top scorers.

South Africa won by 4 wickets at 149 for 6 at the end of 18.2 overs. There are 3 more matches left in this series. India can win the series only if they win all the three.