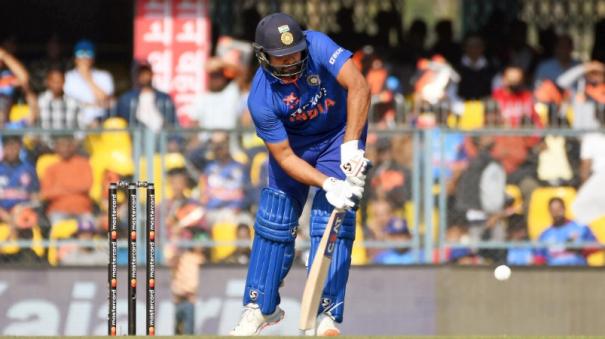 Batting first in this match at Parsapara Stadium in Guwahati yesterday, the Indian team scored 373 runs for the loss of 7 wickets in the allotted 50 overs. The opening pair of captain Rohit Sharma and Shubman Gill played brilliantly and laid a good foundation. Shubman Gill, who scored his 5th half-century, scored 70 runs off 60 balls with 11 boundaries and was lbw off Dasan Shanaka.

Captain Dasan Shanaka was unbeaten on 108 off 88 balls with 3 sixes and 12 fours. Despite Shanaka’s aggressive play in the final stages, it did not yield victory. Kasan Rajitha, who stood in the field to support him, added 9 runs in 19 balls. Shanaka and Rajita added 100 runs for the 9th wicket. On behalf of the Indian team, Umran Malik took 3 wickets and Mohammad Siraj 2 wickets.

India won by 67 runs to take a 1-0 lead in the 3-match ODI series. The 2nd match will be played tomorrow at Eden Gardens, Kolkata.

Goalie who escaped twice: Virat Kohli escaped losing the game twice off Rajita’s delivery. Gusal Mendis missed a catch when Virat Kohli was on 52 runs. And Shanaka took the catch when he was on 81 runs. Virat Kohli took full advantage of these opportunities.