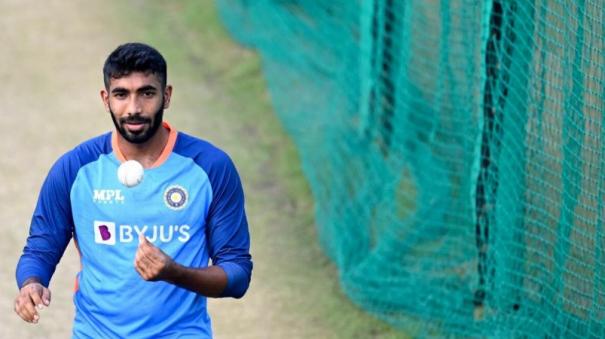 Mumbai: Indian fast bowler Jasprit Bumrah has been ruled out of the ODI series against Sri Lanka. He is said to be out of the series due to lack of fitness.

He withdrew from the ICC T20 World Cup series in September 2022 due to a back injury. Earlier, he had also missed the Asia Cup series due to the same problem. In this situation, he was recently selected to play in the ODI series against Sri Lanka. Now it is said that he is away from this series.

The reason for this seems to be that he has not fully recovered from his back injury. This was reported by PTI news agency. The series will be held on 10th, 12th and 15th. India won the recently concluded T20I series by 2-1.

It seems that the Board of Control for Cricket in India will play this series with the ODI squad that has already been announced.