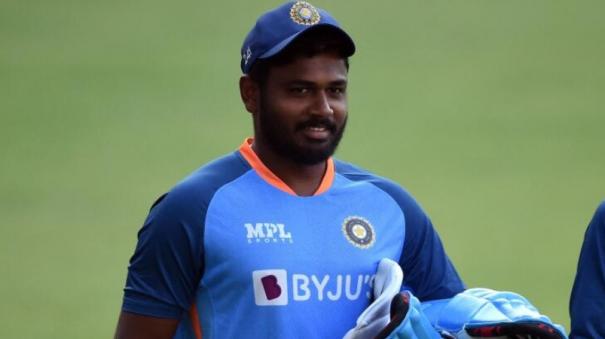 Mumbai: Indian player Sanju Samson has been ruled out of the 3-match T20I series against Sri Lanka due to injury.

Sanju Samson injured his left knee while fielding near the boundary during the first T20I against Sri Lanka at the Wankhede Stadium in Mumbai. Due to this injury, he has now withdrawn from the team. He was withdrawn from the series after the BCCI medical panel advised him to rest to recover from the injury.

28-year-old Sanju Samson made his debut in the Indian team in 2015. So far he has played a total of 11 ODIs and 16 T20Is. Sanju from Kerala has scored 330 runs in ODI cricket and 296 runs in T20 cricket. However, the opportunity for him in the team was not available in the team after a long gap and he got an opportunity in the Sri Lanka series. Sanju has left the fans due to injury.