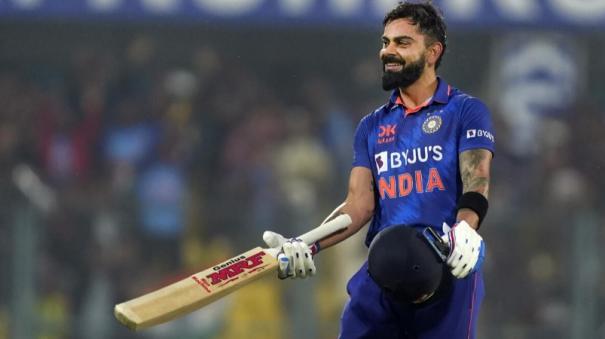 Guwahati: India’s star batsman Virat Kohli scored a stunning 113 runs in the first ODI against Sri Lanka in Guwahati yesterday. It was his 45th century in ODIs. At the same time, this was the 20th century scored by Virat Kohli on home soil. Only Sachin Tendulkar had scored 20 centuries on home soil before this. Virat Kohli now shares the feat with Tendulkar.

Virat Kohli has reached this milestone in 99 innings. Sachin Tendulkar had scored 20 centuries in 160 innings. South Africa’s Hashim Amla and Australia’s Ricky Ponting are next to him on the world cricket stage. Both of them had scored 14 centuries each on home soil.

Talking about the century, Virat Kohli said, “After a little rest and two practice sessions, I took the field in the first ODI against Sri Lanka. The openers did well so I played my normal game and managed to keep the strike rate under control. I took full advantage of two missed catches. Luck plays a big part. We should thank God for this,” he said.

UAE apologizes for not hosting the West Asian Championship

Pathan who beat the film RRR.. Collections in USA

Farmer and politician in conversation about the ‘gap’: ‘Will have to add water to the wine somewhere to reach an agreement’