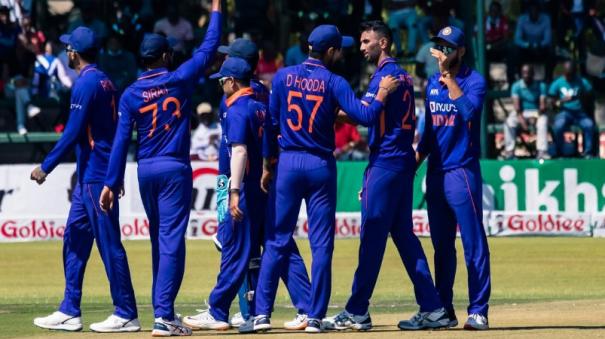 The Indian cricket team is touring Zimbabwe for a 3-match ODI series. India chased down the target of 190 runs to win the first ODI at Harare today.

Gill and Dhawan were the openers for the Indian team. Both put on a partnership of 192 runs for the first wicket. With that, the Indian team won easily by reaching the target without losing a wicket in 30.5 overs. Gill scored 82 runs off 72 balls. Dhawan scored 81 runs off 113 balls.

The team lost 8 wickets for 110 runs. Brad Evans and Richard also put on a partnership of 70 runs. With that, the team scored decent runs on the scoreboard.

Deepak Sahar, Prashit Krishna and Akshar Patel, who returned to the team after many months, took 3 wickets each on behalf of the Indian team. Siraj was 1 wicket down. Bowlers like Deepak Chahar, Kuldeep and Axar Patel had given runs very sparingly.