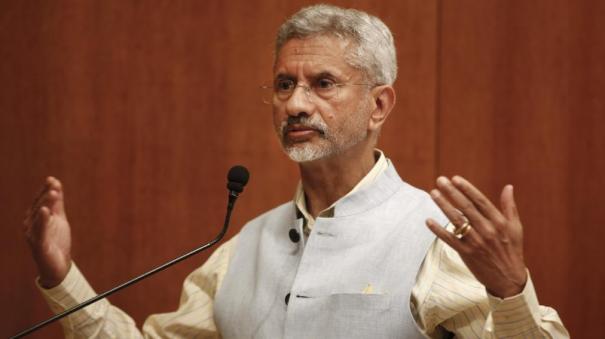 New Delhi: “India has all the qualifications to become a permanent member of the UN Security Council,” said Foreign Minister Jaishankar.

Jaishankar, who traveled to Saudi Arabia for the first time after becoming the foreign minister, gave an interview to Saudi Gazette, the newspaper of the country. In it, “The UN Security Council and the UN Council must adapt to the changes in the world. It must not only operate with the aim of ensuring international security, but it must accept the changes that suit the times.”

The UN Security Council needs to be reformed. It should reflect the reality of today’s world. There is a general consensus among countries of the world that it should be expanded. This is not only good for India; Favorable for many underrepresented areas.

India is the largest democratic country in the world, the country with the 5th largest economy in the world, a country with nuclear weapons, a center of technologies, and a country that is constantly working with the countries of the world. In that sense, India has all the qualifications to become a permanent member of the UN Security Council,” Jaishankar said.

Jaishankar, who went to Saudi Arabia on a three-day trip last Saturday, met the country’s Crown Prince Mohammed bin Salman and held talks. At that time, he also submitted a letter written by Prime Minister Modi to the Crown Prince.

In an interview to an English newspaper in Saudi Arabia, he explained in detail how the bilateral relationship between India and Saudi Arabia is growing.