No Result
View All Result
Latest News
Road accident prone areas on national highways: Nitin Gadkari Description 29/07/2021
Scientists have revealed the ability of the “Lambda” strain of COVID-19 to hide from immunity 29/07/2021
Election is like a hailstorm .. KCR Anavaiti .. Shocking comments of a famous movie star 29/07/2021
Guillermo Rossini after recognition of the Mincul: “I am grateful because they give it to me in life” 29/07/2021
Lakshmi Manchu: You will do more than Rakul .. Aman Preet, who was praised by Manchu Lakshmi !! 29/07/2021
Next
Prev
Home Featured

India-Eng. Fans are not allowed to watch the one-day series: Change location Review 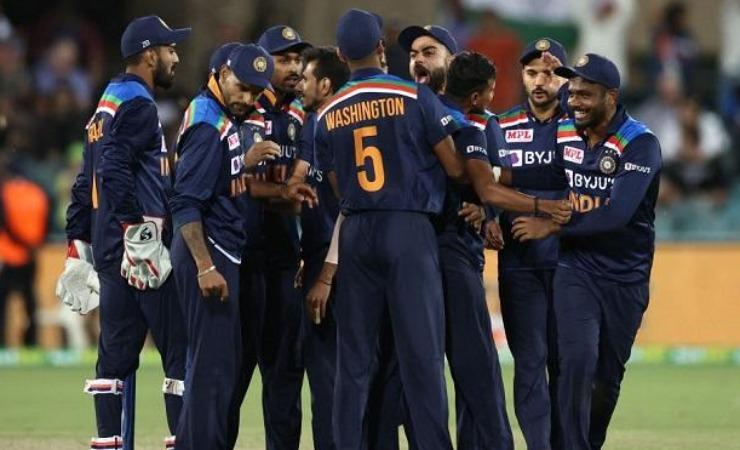 
India, England According to reports, fans will not be allowed to watch the three-match ODI series between the teams in Pune.

Currently in the state of Maharashtra Corona virus With the spread on the rise, it seems that fans will not be allowed to watch the match in Pune. Also, shift the match from Pune to Mumbai BCCI Is being consulted.

T20 series with 5 matches between India and England, with 3 matches One day series is going to happen. All T20 matches will be played at the Narendra Modi Stadium in Ahmedabad. 3 ODIs Pune It has been decided to hold in the city.

Currently in Mumbai, Pune, Marathwada Zone, Amravati and Yavatmal districts. Corona virus The spread has begun to increase. If fans are allowed to play in Pune in this context Corona virus Hold without fans, as the spread is likely to increase further BCCI Consulted on behalf of. If not, the venue will be shifted to Mumbai.

about this BCCI An official said, ” Corona virus Fans will not be allowed to watch the match in Pune in the context of increasing spread. Both the matches will be played in Pune and the last match will be played in Mumbai or all the matches will be played in Mumbai. BCCI Is being consulted. No decision has been made yet. England The final will be done after talking to the cricket board.
Probably in Maharashtra Corona virus If the spread is high in the coming days, One day series The entire city can be relocated to Ahmedabad. However, no decision has been taken as of now. We are considering all possible options. “

Election is like a hailstorm .. KCR Anavaiti .. Shocking comments of a famous movie star

What do girls do on the beach at midnight ?: Goa CM slips his mouth

Renato Medina: “Monteagudo is a great example of how power can corrupt”

Good news for the people of Amravati .. All of them have Rs. 30 crore deposit .. details!

After months of mystery, Messi decides to continue with Barcelona