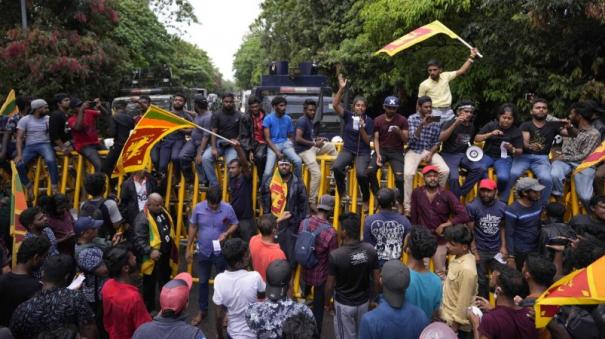 New Delhi: With the resignation of Mahinda Rajapaksa as Prime Minister of Sri Lanka, the Government has stated that India will give its full support to the country’s democracy, stability and economic recovery.

This was stated by Pakshi during a press conference on Sri Lanka. “India has provided this assistance to help them recover from the crisis. The Indian government and the Indian people have provided not only financial assistance but also essential items to Sri Lanka, which is suffering from food and drug shortages,” he said.

People across the country have joined the struggle due to the unprecedented economic crisis in Sri Lanka. In some places, protesters have clashed with police. So that country is transforming into a riot forest. Following this, Mikinda Rajapaksa resigned. However, there are ongoing protests in various parts of Colombo demanding the resignation of President Gotabhaya. Police have opened fire in some places. Five people were killed in the clash.