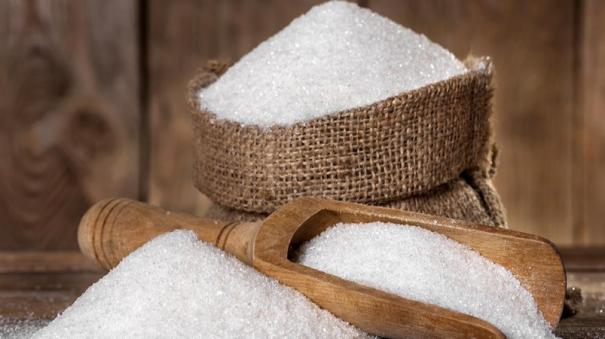 New Delhi: The central government has announced that India has progressed to the top position in sugar production.

A statement issued by the Ministry of Food and Public Distribution in this regard:

Sugarcane production in India in the 2021-22 sugarcane season has reached a record level of over 5 thousand metric tons. This has made India the first country in sugar production. Similarly, India has emerged as the second largest exporter of sugar.

359 lakh metric tonnes of sugar has been produced through sugar mills. 35 Lakh MT has been earmarked for ethanol production. Sufficient monsoon rains made this season suitable for sugar production.

Of the sugar produced in India, 109 lakh metric tonnes of sugar has been exported. 40 thousand crores of foreign exchange has been earned through these exports. International price support and central government policies have given growth to the sugar sector. This success is due to the joint efforts of central and state governments, farmers and sugar mills.

This was stated by the Ministry of Food and Public Distribution.