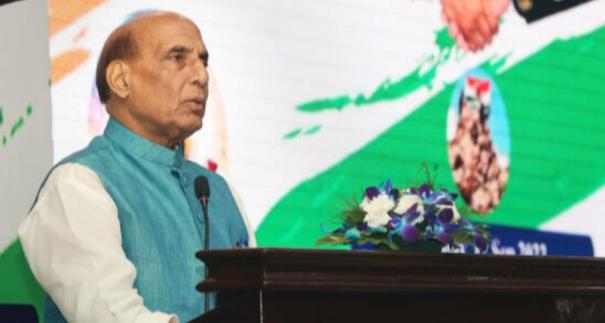 Speech by Rajnath Singh at a memorial service for soldiers who lost their lives in the line of duty at Badoli in Gangara District, Himachal Pradesh:

The world looks up to the strength of the Indian Army. Therefore, India is the only country that is qualified to speak for the peace of the entire world. Despite having a strong army, we have never attacked any country. Not even an inch of land has been confiscated from any country. At the same time, if anyone harms India’s harmony, we will give appropriate retribution.

India is a peace loving country. But no one can take this wrongly and think that India is a cowardly country or a country that is afraid of war. When India along with the rest of the world faced the Corona pandemic, there was tension in the Kalwan Valley on the Chinese border. At that time, the courage displayed by our soldiers made the world realize that India will not surrender under any circumstances.

The surgical strike in 2016 and the Balakot attack in Pakistan in 2019 revealed India’s new approach to counter-terrorism. It showed the world India’s determination to root out terrorism. If required, our army has strong enough soldiers to attack not only inside the country but also outside the country. The image of India is changing. India’s voice has gained prominence in the global arena.

Our country honors the soldiers and their families who have sacrificed for the country. Their sacrifice will never be in vain.

Our army is a driving force for the people of the country especially the youth. Our army stands as a symbol of discipline, duty, patriotism and sacrifice. One’s background or religion does not matter in the army. It is important that the tricolor flag of our country flies high.