“India is the talent capital of the world” – PM Modi 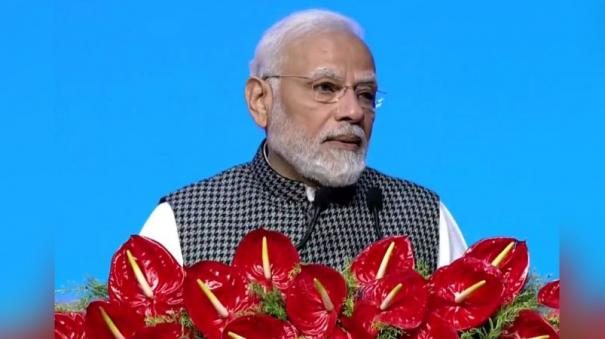 Indore: “India is the capital of talented human resources of the world,” said Prime Minister Narendra Modi with pride.

The 17th Annual Seminar for Overseas Indians is being held in Indore, Madhya Pradesh. The three-day seminar began yesterday. However, Prime Minister Narendra Modi officially launched it today. Speaking on the occasion, he said, “This year’s seminar for overseas Indians has been special in many ways. Just a few months ago we celebrated our 75th Independence Day. After that, Amrita period has started. India’s global vision has now strengthened.

India is viewed today with hope and enthusiasm. India’s voice is resounding on the world stage. India is chairing the G-20 this year. The government does not want to make the conference for overseas Indians a diplomatic event, we want to make it a people-participation event. India has not only become a center of knowledge; It is also a capital for talented human resources.

The skills, values, integrity and sense of duty of our Indian youth are attracting the attention of the world. This talented human resource of India will become the growth engine of the world,” he said.