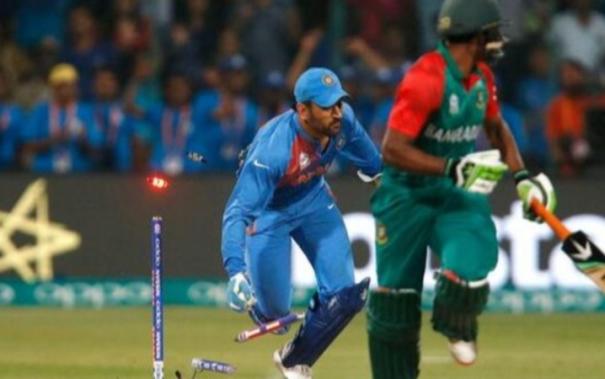 In the current Asia Cup series, India’s chances of advancing to the finals are almost over. This was due to India’s defeat against Pakistan and Sri Lanka in the Super 4 round. In this case, the fans shared the picture of the old match in which Dhoni ran out and said on social media that they miss him a lot. It has gone viral on the internet.

The main reason for the subsequent downfall of the Indian cricket team was the lack of fast bowling. It is in this awkward environment that fans are now recalling Dhoni’s contribution to the Indian team in international cricket.

Shanaka, who was on strike, would have missed the fifth ball of the last over bowled by Arshdeep in the match against Sri Lanka yesterday (September 6). Then the team needed only 2 runs to win. It is sheltered in the hands of the keeper, Pant. However, the Sri Lankan batsmen were running to get bye runs. Pant tries a direct hit. For that he had taken off his right hand keeping glove in advance. However, the ball failed to clear the stumps.

And it will be sheltered by bowler Harshdeep. He also tried to topple the stumps at the non-striker’s end and failed. In that interval the Sri Lankan team completed 2 runs and won.

Like this, Dhoni has stopped many bye runs by the opponent when he was the wicket keeper. It also affects the end of the game. His ability is now being praised by his fans. They also said that they miss him especially.

Bangladesh needed 2 runs to win from the last ball of the last over against India in the last T20 World Cup 2016 as it happened against Sri Lanka. Then similarly the batsmen of that team would have tried to run by runs. Dhoni, who predicted it correctly, destroyed the stumps and won the team by 1 run. That’s what fans are remembering now. If the Indian team players had done what Dhoni did that day, the fans would have had a chance in the game.