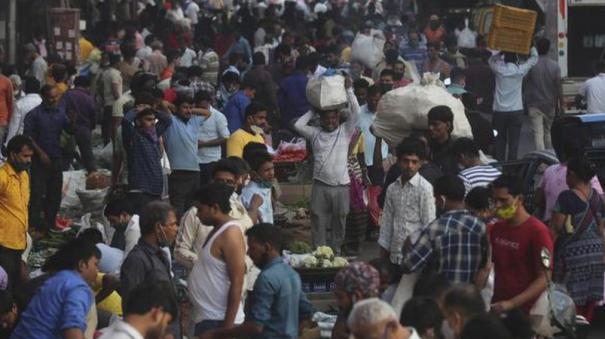 New Delhi: In the list of countries with the largest economy in the world, India has moved to the 5th position, leaving Britain behind.

In the last 3 months of 2021, India’s economy has grown faster than Britain’s, thus India, which was ranked 6th in the list of major economies, has overtaken Britain to rank 5th, according to Bloomberg. 10 years ago India was ranked 11th in this list.

According to data published by the International Monetary Fund, India’s GDP was $2 trillion in 2014, while Britain’s GDP was $3 trillion.

In the beginning of 2020 due to the spread of Corona, curfew procedures were intensified internationally. Due to this, industrial activities were paralyzed globally. Due to this, the economy of the world countries has come under a great crisis.

In 2021, the economy started to recover after the 2nd wave of Corona subsided. In particular, India’s economy recovered faster than expected. Meanwhile, Britain’s economy, which was the 5th largest economy in the world, continued to decline.

Britain has been under severe economic crisis for the past two years. In 2019, Boris Johnson, who took office as the British Prime Minister, passed Brexit in 2020, leaving Britain with the European Union. Subsequently, the value of the British currency against the dollar began to decline.

In this context, the compulsion to strengthen Britain economically arose. But, due to Corona, Britain’s economy is under severe crisis. Also, exports suffered. Unemployment began to intensify.

Meanwhile, even though India has been affected by Corona and the Russia-Ukraine war, economists are confident that the country’s economy is resilient.

While India’s economic value rose to $841 billion over the same period, Britain’s economic value fell to $814 billion. In this case, India has advanced to the 5th place in the list of the world’s largest economies, leaving Britain behind.

The United States ranks first in the list of countries with the largest economy in the world. Then there are China, Japan and Germany.

Union Finance Minister Nirmala Sitharaman is proud of India’s growth. In this regard, he said, “India, which faced various crises during the Corona period, recovered quickly from it and has identified itself as the fastest growing economic country in the world.

This indicates that India’s economy is continuing to grow. It can make the country proud,” he said.

Anand Mahindra noted in the post that the British kept India under colonial rule, that the law of karma was at work and that those who thought India would be in chaos were given a quiet but strong response.