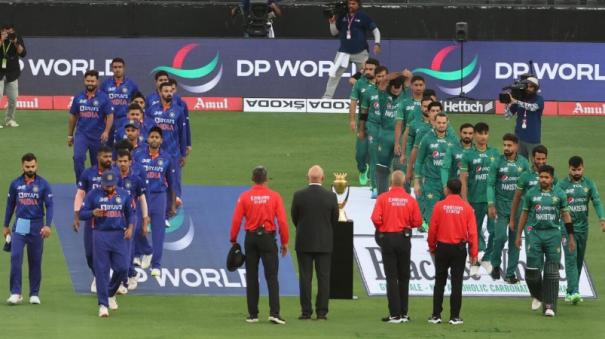 Mumbai: India and Pakistan have been drawn in the same group for the upcoming Asia Cup series. The series is scheduled to take place in September. Asian Cricket Council President Jai Shah shared on Twitter that the series will be held in ODI format.

The Asian Cricket Council has released the schedule for the men’s and women’s cricket series for the two years 2023 and 2024. This information is published in it. A total of 145 ODIs and T20Is will be played.

India, Pakistan, Sri Lanka, Bangladesh, Afghanistan and a total of six teams will participate in the series. ODI cricket is played in series format. A total of 13 matches. Group Round, Super-4 Round and Final. This is where India and Pakistan are in the same group.

The Asia Cup 2023 series was planned to be held in Pakistan. But the Indian cricket team cannot go to Pakistan. Jai Shah had earlier said that the cricket match will be held on a common ground for both countries. Hence, there is anticipation as to where the series will take place.

Presenting the @ACCMedia1 pathway structure & cricket calendars for 2023 & 2024! This signals our unparalleled efforts & passion to take this game to new heights. With cricketers across countries gearing up for spectacular performances, it promises to be a good time for cricket! pic.twitter.com/atzBO4XjIn