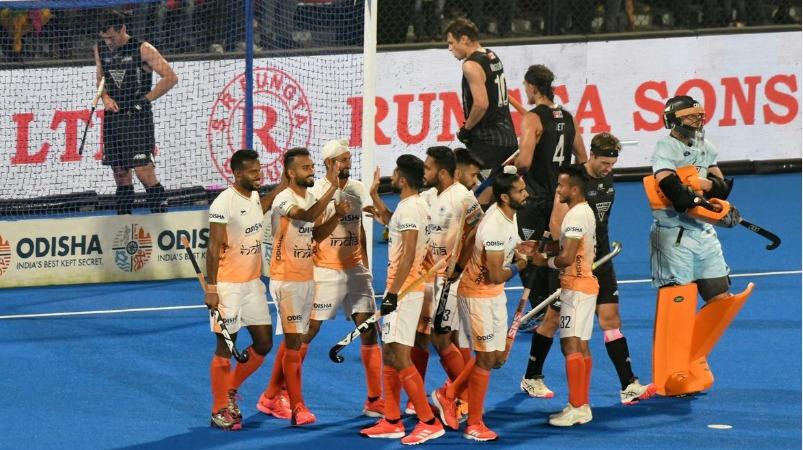 Bhubaneswar: The Indian team has been eliminated from the ongoing Hockey World Cup series. In the crossover match against New Zealand, India lost the match 3(4) – 3(5) on penalty shootout.

The matches for this series are being played at two hockey stadiums in Odisha, Bhubaneswar and Rourkela. A total of 16 countries have participated in this series. In this, the Indian team was placed in the Group-D category. India qualified for the crossover tournament by finishing second in this category. It is a pre-quarter-final match.