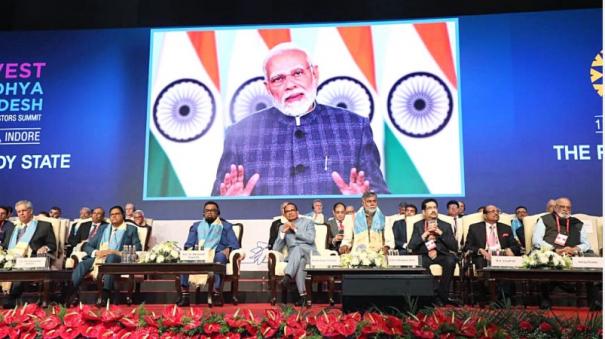 New Delhi: Prime Minister Narendra Modi has said that India will become the 3rd largest economy in the world in the next 5 years.

We are working together to achieve the goal of becoming a developed country from a developing country. International Monetary Fund has said that India shines brightly in the global economy. The World Bank has hailed that India is progressing well in the face of international economic crises.

The Organization for Economic Co-operation and Development (OECD) has predicted that India will be one of the fastest growing economies in the G-20.

A famous international bank recently conducted a study. It has been reported that most of the international investors prefer to invest in India. India is making a record in attracting foreign investment in the international arena. India has successively achieved various feats of strong democracy, youth power and political stability.

A stable government, a decisive decision-making government, a government with an honest purpose ensures the development of the country. In that way, since the BJP government took office in the middle of 2014, India has been traveling on the ambitious path of ‘reform, change and efficiency’. Decisions are taken quickly on matters related to the welfare of the country. Due to this, the country has developed tremendously in the last 8 years.

The Central Government’s Self Reliance India Program has accelerated the development of the country. The One Country Single Tax (GST) scheme has been successfully implemented. Barriers in attracting foreign investment have been completely removed.

Key sectors including defense, mining and space have been opened up to the private sector. Labor laws have been consolidated and simplified. A single window procedure has been implemented to facilitate business start-up. About 50,000 permits have been issued so far through this process.

India is giving serious attention to green energy generation which does not affect the environment. Keeping this in mind, the National Hydrogen Project was recently approved. Hydrogen energy is in high demand not only in India but also internationally. Prime Minister Narendra Modi spoke thus.