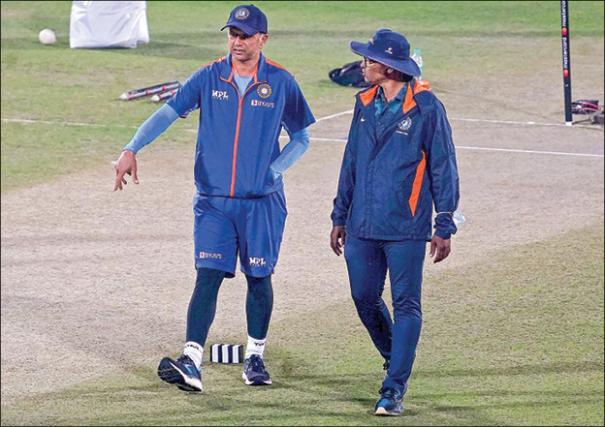 Guwahati: The first one-day cricket match between India and Sri Lanka will be held in Guwahati today at 1.30 pm.

The Sri Lankan cricket team is playing on tour in India. The Indian team won the T20 cricket series between the two teams 2-1 and won the trophy. In this case, the two teams will face each other in a 3-match ODI series. The first match will be played in Guwahati this afternoon.

The return of captain Rohit Sharma, Virat Kohli, Shreyas Iyer and KL Rahul could strengthen the batting. The 50-over World Cup cricket series will be held in India in October. Thus the current series against Sri Lanka has gained importance.
Shubman Gill will be the opener along with Rohit Sharma. Rohit confirmed this during a press conference yesterday. Meanwhile, Rohit Sharma also said that it was unfortunate to sit out Ishan Kishan, who scored a double century in the recent ODI against Bangladesh.

Virat Kohli will play as usual at number 3. Shreyas Iyer and KL Rahul are likely to occupy the next two spots. Shreyas Iyer scored 724 runs at an average of 55.69 in 15 ODIs last year. Shreyas Iyer is good at rotating strike and counter spin in the middle overs on subcontinental pitches. KL Rahul will field as a wicket keeper batsman.

It is doubtful that Suryakumar Yadav will get a chance in the T20 cricket tournament. Because Suryakumar Yadav’s batting has not attracted much attention in ODIs. He has played 16 matches and has scored 384 runs with two fifties. Hardik Pandya and Axar Patel will be the all-rounders.

One of Kuldeep Yadav, Yuvendra Chahal and Washington Sundar will be the main spinner. Mohammed Shami’s return to the team could add strength to the pace department. Mohammad Siraj, Umran Malik and Arsh Deep Singh may also try to put pressure on the Sri Lankan batting line-up.

As far as the Sri Lankan team is concerned, as they have lost the T20I series, they will focus on playing well in the ODI series. Captain Dasan Shanaka, Padum Nishanka and Sharid Asalanga will add strength in the batting. Geoffrey Vandersay in the spin can put pressure on the Indian batting line-up.