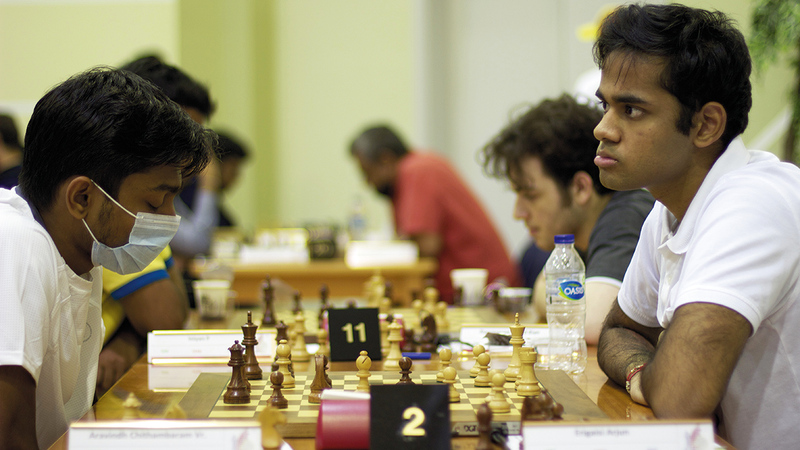 India’s Arvind Chitambaram mixed expectations in the Dubai Open Chess Championship with a thrilling victory over his compatriot Arjun Erigesi, one of the most prominent candidates for the title, to climb to the top of the general standings alone, before one round of the final, benefiting from a tie for the leaders. At the end of the eighth round, Aravind was in the lead with seven points, followed by a score of 6.5 points, the first-ranked Russian Alexander Pridke and the Indian Rameshappu Bragananda, and 11 players equaled six points, most notably the Indian Arjun Irigisi, his compatriot Abijit Gupta, the Egyptian Ahmed Adly, the Serbian Alexander Inge and the Armenian Aram Hakobyan.

In the results of the citizens, Saeed Ishaq continued his victories by defeating the Indian Muhammad Omran, to raise his score to four points, while Imran Al-Hosani lost against the Indian Rantafel to freeze his score at the fourth point, and Ahmed Al-Rumaithi lost against the Uzbek, God’s mercy, Almas, and Ali Abdulaziz against the American Jayesh Lada. Ahmed Farid beat Muhammad Tayyibur Rahman from Bangladesh.