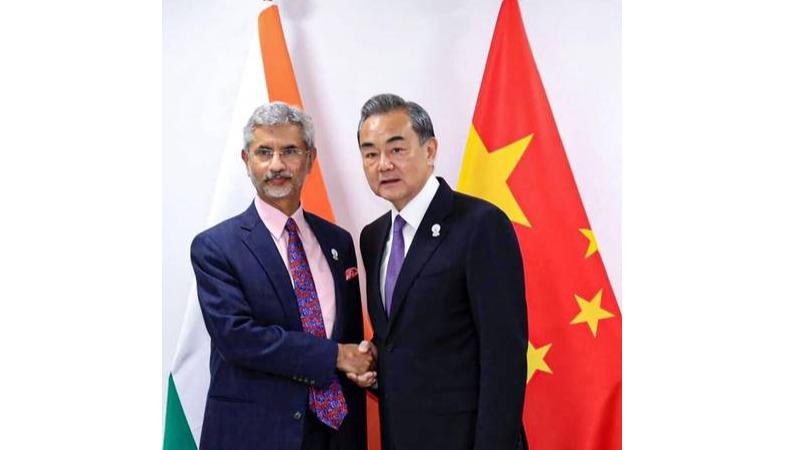 The Indian and Chinese foreign ministers held telephone talks. The commitment was then made to maintain peace on the border.

In early May, Chinese troops attempted to encroach on various parts of eastern Ladakh. They were stopped by Indian soldiers. The biggest clash between Indian and Chinese troops took place on June 15 in the Kalwan Valley. 20 soldiers were killed on the Indian side. The U.S. and Russian media have reported that 45 to 60 soldiers may have been killed on the Chinese side. However, the Chinese military says only 4 people were killed.

Tensions between India and China escalated following the conflict in the Kalwan Valley. The Indian and Chinese foreign ministers met in the Russian capital, Moscow, last September. Then an agreement was reached to resolve the border issue according to the 5 point plan.

Following this, the talks between the Indian and Chinese military high command were resumed. It was also attended by senior officials from the Foreign Affairs of the two countries. In the 9th round of talks it was decided to withdraw troops from the border. Accordingly, Indian and Chinese forces withdrew from the Pangong Lake area of ​​Ladakh on the 10th. The Chinese troops returned to Pinker 8 level. The Indian players returned to the Finger 3 level.

This was followed by the 10th round of talks between Indian and Chinese military officials on the 20th. It expressed complete satisfaction with the withdrawal of the force.

Both countries need to be in touch by hotline phone. The Indian and Chinese ministers pledged to maintain peace on the border.

A statement from the Federal Foreign Office said, “It was decided at a meeting of the two ministers that Indian and Chinese troops should be withdrawn from the border areas where tensions persist.

The BRICS summit of five members – Brazil, Russia, India, China and South Africa – is scheduled to take place in India later this year. It is attended by leaders of the BRICS countries, including Chinese Prime Minister Xi Jinping. Earlier, international political observers said that steps were being taken to establish a cordial relationship between India and China.

Previous articleSome stories in the game: Hussein Bolt’s next ambition
Next articleBahrain: Private doctor jailed for paying for surgery at government hospital