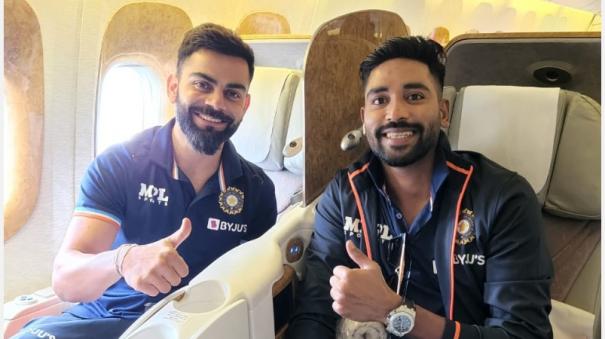 Mumbai: The Indian cricket team has left for England today. The Board of Control for Cricket in India has shared pictures of Indian players taking off for England.

Players including Virat Kohli, Pujara, Bumra, Jadeja, Shami, Subman Gill, Shardul Thakur and Prasidh Krishna have left for England. The only Test match India will play in the series is the one that was postponed due to a corona infection last year.

Prior to this series, India will play a two-match T20 series against Ireland. It has been reported that Hardik Pandya will be the captain of the Indian team in the series.