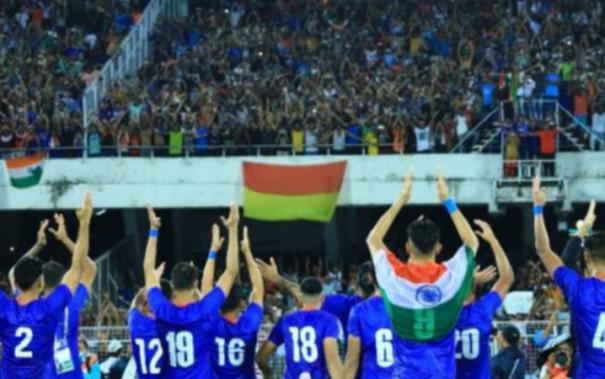 Kolkata: It has been reported that the All India Football Federation has hired an astrologer for 16 lakh rupees to encourage the Indian men’s football team.

The Indian men’s football team has secured the opportunity to participate in the series for the recent Asian Football Cup through the third qualifying round.

At this point, the question now arises as to whether astrology played a role behind this success.

Overall, it seems that the All India Football Federation has sought the help of astrology to align the star line-up of the team.

The team led by Sunil Chhetri will take part in the Asian Cup in June and July next year.

“I am telling this openly. The astrologer has been appointed at a cost of Rs 16 lakh to inspire the team.

The affair has been widely ridiculed. The astrology institute for Indian players is said to have taken three sessions. Former Indian goalkeeper Tanumoy Bose has publicly criticized the idea of ​​a federation.

It is said that such trends are not new in Indian football. Earlier, a Delhi-based club-level football team had appointed Baba to help them win a major league match. The team that announced his name as the reason for that after the win.