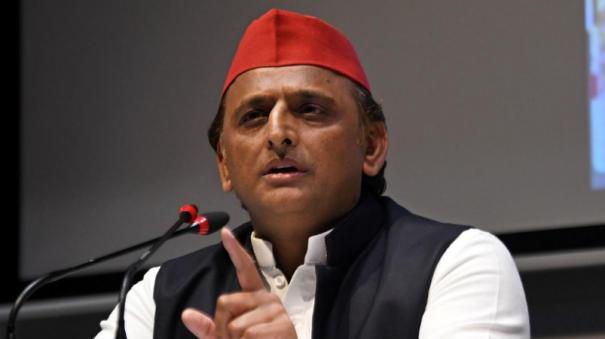 Lucknow: Akhilesh Yadav thanked Rahul Gandhi for his invitation to participate in the upcoming India Unity Yatra to Uttar Pradesh.

India is a consciousness beyond its borders. Love, non-violence, passion, co-operation and virtue are the positive elements that unite India. Akhilesh Yadav said in his reply letter, “I hope that this Yatra, which includes these things, will succeed in its purpose.” He did not say anything about participating in the pilgrimage.

However, Samajwadi Party spokesperson Rajendra Chaudhary has commented on this, “Akhilesh Yadav will not participate in the Indian Unity Yatra. “No other leaders from the party will participate in this yatra,” he said. Akhilesh Yadav speaking to the media last Thursday regarding this yatra said, “Our party’s policy is different. But it is noteworthy that he had criticized BJP and Congress as one.

Pawan Kalyan | Shooting with Pawan Kalyan is only 30 days.. Sujeeth is scaring the fans!!