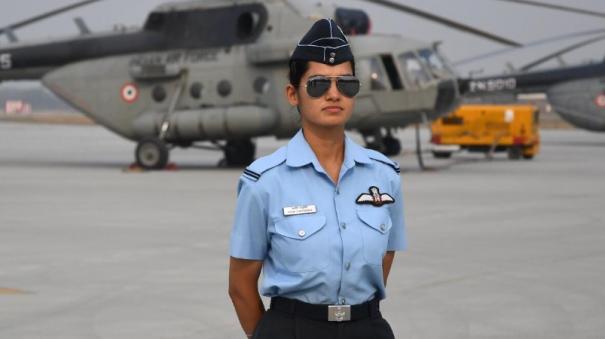 Jodhpur: The Indian Air Force and the Japanese Air Force are participating in a joint combat exercise in Japan under the name ‘Veer Guardian 2023’. The exercise will be held for 10 days from January 16 to 26 at Japan’s Hyaguri Air Force Base and the nearby airspaces of Omitama and Iruma Air Force Base in Sayama.

There are currently 3 female fighter pilots serving in the Air Force. One of them, Avani Chaturvedi, is soon to go to Japan to participate in the Air Force Combat Exercise of the two countries. He is a pilot of Russia’s Sukhoi SU-30MKI fighter jet.

first time..: Already, foreign air forces, including the French Air Force, have come to India for combat training. Women pilots of the Indian Air Force have participated in those exercises. But this is the first time that an Indian woman pilot is participating in an air force combat exercise abroad.

Bhavna Kant, another female pilot, said, “With the Su-30MKI fighter jet, air-to-ground and surface-to-air attacks can be carried out simultaneously. Also, it can be operated at high speed and low speed. It has the ability to attack long distances,” he said.