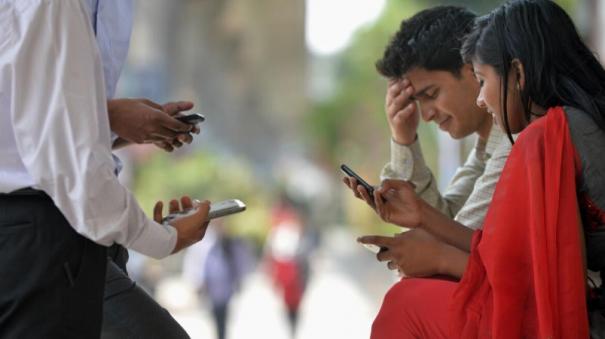 Chennai: The study revealed that Indians spend the most time on social media, with 4.2 percent of them starting new social media accounts every year.

Emerging technology is shaping the global digital landscape. From children to the elderly, everyone is engrossed in smartphones and the internet. Social media is infected like a virus.

Since the social networking site ‘Six Degrees’ was launched in 1997, more than 100 websites have been launched and marketed worldwide. Only certain websites are dominating people.

In particular, social media plays a huge role in the lives of today’s generation of Indians, from their relationships to their careers and leisure activities.

Social media has grown tremendously in India over the past few years. Every day new social media users are increasingly entering social media to share their experience, thoughts with the world, express their individuality and learn about others. Also, Indians are using social media as a weapon to voice for the victims.

Social media has taken to Indians like a duck to water. More than half of the Indian population uses the Internet. According to a survey conducted by Statista, India is the second largest user of social media after China.

In this case, a recent study conducted by Global Statistic said that Indians spend an average of 7 hours and 19 minutes on the Internet daily, of which 2 hours and 30 minutes are spent on social media.

The number of social media users will grow at a steady rate of 467 million by 2022 due to the deep penetration of Internet connectivity among people in India, the company said. The total number of Internet users in India is 658 million, of which 601 million are mobile Internet users. As such, social media has become a very important part of India’s daily internet usage.

Thus, in 2022, cell phones are becoming more dominant in India with a share of 75.91 percent. The reason for this boom is the low price of smartphones. Laptops and computers dominate India with 23.67 percent and tablets 0.42 percent respectively.

More new social networking sites will be added in coming times. Its dominance may lead to control of younger generations.

In this regard, social activists said, “Social media is also a kind of drug, the youth should not get addicted to that drug and use the websites only for specific activities.”