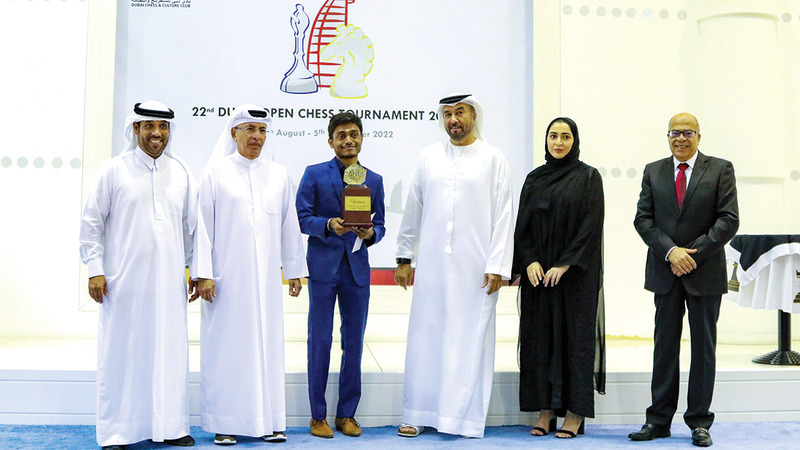 Indian international grandmaster Arvind Chitambaram was crowned the champion of the 22nd Dubai Open Chess Championship in a festive celebration at Sheikh Saeed Bin Hamdan Al Maktoum Hall, at the headquarters of the Dubai Chess and Culture Club in Al Mamzar. The closing ceremony was attended by Khalid Al Falasi, Chairman of the Club’s Board of Directors, Tarim Matar, President of the Emirates Chess Federation, a number of members of the clubs’ board of directors, and a large gathering of players and the public.