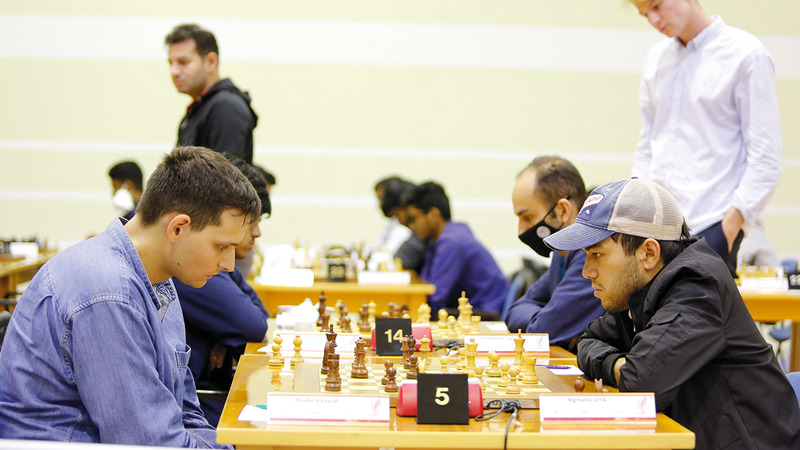 The results of the fourth round of the Dubai Open Chess Championship in its 22nd edition, organized by the Dubai Chess and Culture Club, resulted in a joint lead at the end of the fourth round with four points between India’s Ramchabu Bragananda and Kazakhstan’s Rinat Gumabayev, and the fifth round will bring them together at the first table. And equal with 3.5 points, seven players are Serbian Alexander Engig, Indian Arjun Erigesi, Russian Alexander Pridke, American Vladimir Akopian, Indian Seturaman, Azerbaijani Muhammad Maradli and Indian Ayush Sharma.

In the most prominent results, the Serbian Ingej tied with the Indian Erigesi, and Bragnananda beat the Armenian Aram Hagobyan, the American Akopian tied the Azerbaijani Muradli Muhammed, and the Kazakh Gumbeev managed to beat the Indian Grover Sahag.

In the most prominent Arab results, the Egyptian Ahmed Adly drew with the Indian Banda Sabmit, while the Moroccan Muhammad Tayseer lost from the Syrian junior Rami Talab, and the Yemeni Bashir Al-Qadimi tied the Palestinian Raji Sayel Abu Azizah.