India’s entry in the battle of Twitter and Elon Musk! Know how long the hearing will take 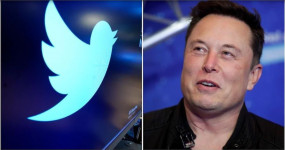 Digital Desk, New Delhi. The matter has now reached the cart after the world’s richest man and Tesla company CEO Elon Musk canceled the Twitter deal. The cancellation of the Twitter deal is being seen as a major setback for Elon Musk. Although the deal between Twitter and Elon Musk is not going on in the court, but the case is going on due to the lack of deal. The entire case of the Twitter deal is on file in the Delaware Chancery Court. At the same time, it is believed that the battle of Twitter and Elon Musk has reached ‘India’. However, only the name of the Government of India has appeared in it.

This whole matter is about the $ 44 billion deal between Twitter and Elon Musk. Let us tell you that Musk has canceled the Twitter deal, after which on July 12, Twitter’s stock also saw a significant decline. Only after that Twitter reached the court. However, both the parties have put forth their point of view in the court. Musk has made several allegations on Twitter. Musk has also referred to Twitter’s tussle with the Indian government in these allegations.

Musk said in his defense that India’s IT Ministry had made some rules in 2021. Due to these rules, the Government of India can investigate social media posts and ask for information related to the post. According to the new rules of the central government, Twitter has faced many investigations recently.

Currently, India is the third largest market for Twitter in the world. According to this, Twitter can be suspended due to being caught in an investigation. Even the service of Twitter can be stopped. Due to which Twitter may have to suffer.

Musk reveals the real reason behind his withdrawal from Twitter deal

According to sources, Twitter is trying to complete this deal in any case. That’s why Twitter has gone to court against Musk. During this, till now both of them are presenting their side in the court.
The biggest disadvantage of this deal is that whoever backs out of this deal will have to pay a penalty of 1 billion dollars, although it is not yet clear who will pay the penalty. Or whether this deal will be canceled or not. This will be known only in the coming time. At present, the hearing of the court will start on October 17, whose trial will last for five days.