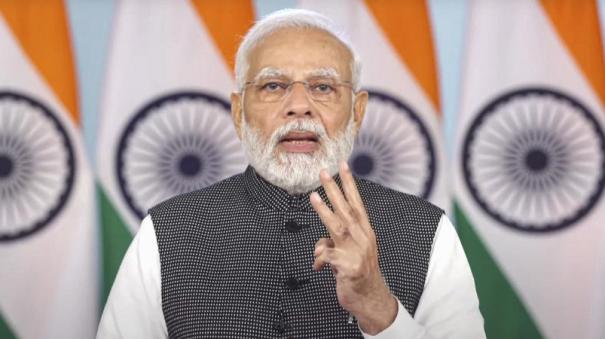 Prime Minister Narendra Modi’s speech at the 400th anniversary celebrations of Lachit Barbukhan, the army commander who defeated the forces of Mughal emperor Aurangzeb in the 17th century during the reign of Ahom rule in Assam: “Indian history should be written from an Indian perspective after the independence of the country. But history is still taught as written as part of a conspiracy of foreign rule.

The history of India is not a country enslaved by foreigners. Indian history tells about the wars fought against them, the heroes who fought them and their sacrifices. Because foreign rulers have been continuously resisted in this land. Against them great numbers of knights were constantly appearing in every part of the country; They have fought to the end; Many have sacrificed their lives.

Our history should have been able to admire the sacrifices of those who fought bravely without selfishness. But these are apparently hidden. Unfortunately our history was not written like that after the independence of the country.

Is Lachit Barbukhan’s heroics not history? Is there no history of martyrdom of thousands of soldiers who fought against the Mughals and sacrificed their lives? When the country became free, it should have been told about the conspiracy of our enslavers and how we reacted decisively against them. But, that didn’t happen.

The history of India is the history of heroes, the history of war victories and the history of sacrifices. We have to rewrite our history accordingly. We don’t just celebrate ancient symbols. We also celebrate those who have demonstrated heroism. India has different ideas; beliefs; A country that unites cultures. India has always cherished and preserved its noble culture and spirituality.

When the need arises to protect our culture and heritage from foreign forces, our youth continue to show their heroism,” said PM Modi.