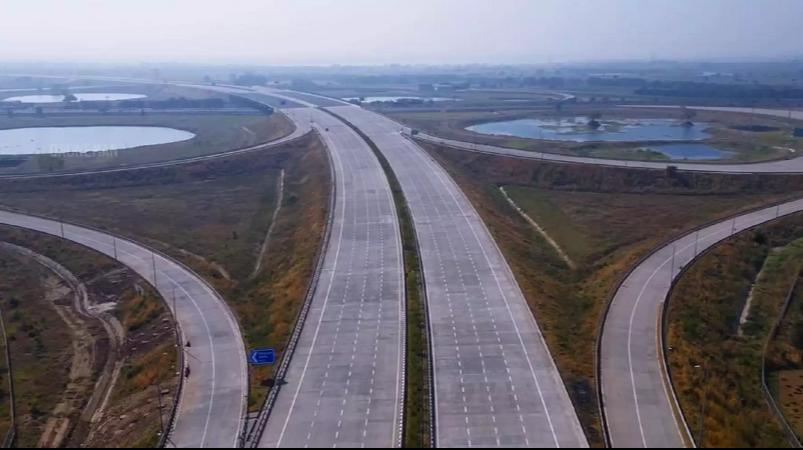 New Delhi: India’s longest Delhi-Mumbai Expressway has been completed and is ready.

With the 2nd largest road traffic in the world after the US, India’s road infrastructure is constantly being improved. 37 km daily on behalf of the National Highways Authority. A new road is being constructed far away. It is 60 km. The central government has set a target to increase.

There are currently 24 expressways in use across the country. Besides, 18 expressways are under construction. Of this, the expressway connecting the capital Delhi with the country’s commercial capital Mumbai is important. Union Minister of Highways Nitin Gadkari laid the foundation stone for the Delhi-Mumbai Expressway on March 8, 2019. According to this, 1,386 km will be constructed at a cost of one lakh 3 thousand crore rupees to connect Delhi, Haryana, Rajasthan, Madhya Pradesh, Gujarat and Maharashtra. Work has been started to build a road for a distance.

The road works were divided into various parts and shared among 23 private companies. Over the past 3 years, construction work has been going on in full swing. Even during the corona pandemic, there was no reduction in work. Currently, the works are nearing the final stage and the expressway is ready for transportation. There are reports that this road will soon be opened for public use.

It is the longest expressway in the country. The expressway, which is now 8-lane, has enough space to expand it to 12-lane. Construction companies have assured that there will be no damage to the road for the next 50 years as the road is laid using German technology.

CCTV cameras are installed at a distance of 500 meters from the road. There are no speed limits in any area to allow vehicles to move freely. Barricades have been erected across the expressway to prevent people and animals from crossing the road.

120 km per hour on this road. Can travel at speed. Exceeding the speed limit is fined. Roadside parking is permitted only in case of unexpected vehicle breakdown. Unnecessary parking will be fined.

50 km of road Spaces are reserved for resting at distance intervals. Only those places should park the vehicle. There will be all facilities including hostel, hotel, ATM, grocery store. Recreational parks for children are being set up at 93 roadside locations.

Every 100 km. Medical centers are set up at a distance. Helipads for landing of helicopters are arranged at certain places along the road. In the event of an unexpected accident, passengers are rescued by ambulance or helicopter and admitted to hospitals immediately. One lane of the expressway is to be reserved entirely for electric vehicles. This is the first e-highway in the country. 20 lakh saplings have been planted along the expressway.

A flyover for animals

The expressway passes through 5 zoos including Mukundara National Park, Randhampur National Park, Sariska Tiger Reserve. For the first time in Asia, flyovers filled with plants, vines and trees have been built to allow animals to pass safely at these places.

It includes 4 km in Rajasthan’s Mukundara National Park. A tunnel has been laid in the distance. The top of this has been planted with trees and converted into a forest. This allows animals to pass through the natural environment without any danger.

Now it takes 24 hours to travel from Delhi to Mumbai by road. Mumbai can be reached from Delhi in 12 hours after the expressway comes into use.

National Highways sources said about the Delhi-Mumbai Expressway. Prime Minister Modi will inaugurate this expressway soon. 120 km by keeping a tumbler of water on the bonnet of the vehicle. Water does not spill even at high speed. To that extent, the road has been constructed in world class.

The Delhi-Mumbai Expressway also holds the distinction of being the world’s shortest expressway. Road construction work has been completed.

Facilities such as children’s park and hotel are being established along the expressway. These works will be completed by December.

According to the National Highways sources.

1,450 km to connect Chennai, the capital of Tamil Nadu, with Surat, the commercial capital of Gujarat. A 6-lane expressway is to be constructed for the distance. Prime Minister Narendra Modi inaugurated the Karnataka project of this expressway the day before yesterday. Expressway works are currently gaining speed in 6 states namely Tamil Nadu, Andhra Pradesh, Telangana, Karnataka, Maharashtra and Gujarat. In this context, the Chennai-Surat Expressway will be connected with the Delhi-Mumbai Expressway in Surat, Gujarat, officials of the National Highways Authority have said.