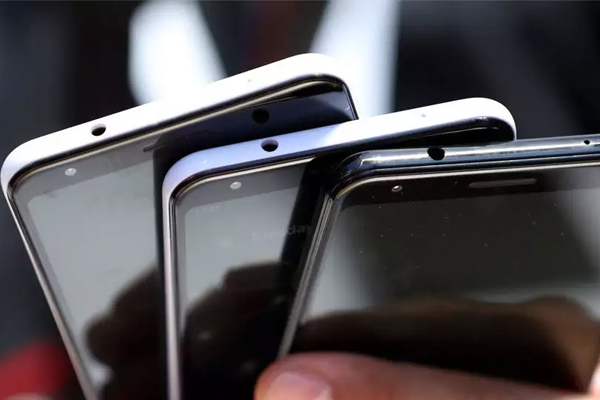 
New Delhi. The economy of the world has ever been affected due to Kovid. On the other hand, the Indian online smartphone market is likely to cross 50 per cent in the April-June quarter. 5G smartphone shipments are up from 7 percent in Q1 2021 to 15 percent in Q2 as almost every smartphone company is doubling down to launch 5G-ready low-cost devices.

According to Counterpoint Research, both April and May saw a better than expected boom in smartphone companies, as we have already mentioned that the smartphone market remains resilient. We have seen a lot of strength in the phone markets in June.

However, there was also the pressure of supply chain constraints that the global market is facing, and India was no exception.

Due to this, the smartphone market in the second quarter could be down 14-18 per cent from the quarter last year, the data showed.

“Overall, we believe the market will exhibit year-on-year growth similar to last year’s,” Counterpoint said. The growth rate had halved in the second quarter.

Smartphone brand Realme announced earlier this month that it aims to bring 5G smartphones in the sub-Rs 10,000 segment to Indian users next year with the support of chipset makers and other industry partners.

Madhav Sheth, Vice President, Realme and Europe, Realme India and Europe, said, “Realme aims to be the 5G leader and believes that every Indian deserves a 5G phone from 2021 onwards. We are leading the democratization of 5G in India and globally, and through our 5G smartphones, we will continually bring more leap-forward surprises and the best in the market.

Counterpoint Research revealed during a virtual 5G event that around 14 percent of smartphones sold in India in May were 5G devices.

Tarun Pathak, Research Director, Counterpoint Research, said during the event that there are many market and technological factors that will accelerate the 4G to 5G version across all devices. Download speeds are expected to give a massive performance boost and step-change feature set improvements in imaging, processor, and battery life. (IANS)

Midnight girlfriend’s house .. it was cut when it was found horizontally .. what happened next?

The ban on Indians from entering the UAE will continue, the new rules say …

Ethiopia’s relations in the Horn of Africa..friends and enmities

Kovid spreads in Bahrain; Consolidations should be avoided, officials said