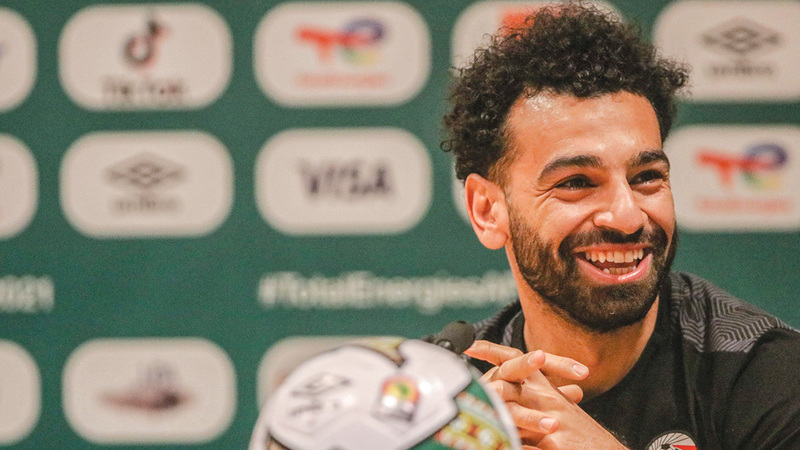 A source close to the Egyptian Football Association confirmed to “Emirates Today” that the Egyptian and Arab football star, Mohamed Salah, is preparing to receive good news during his participation with the Egyptian national team in the 33rd edition of the African Nations Championship “Cameroon 2021”, as good news awaits him in On the 17th of this month, he was awarded the “The Best” award for the best player in the world in 2021, presented by the International Football Association (FIFA).

The source said that leaks reached the Egyptian Federation, indicating that Mohamed Salah would be crowned with the award, after the final list of candidates for the title was limited between him and the Argentine legend Lionel Messi, the French star of Paris Saint-Germain, and the Polish Robert Lewandowski, the Bayern Munich striker.

What enhances Mohamed Salah’s chances of winning the award is that Lionel Messi received wholesale criticism, after receiving the 2021 Golden Ball, presented by France Football magazine, while Polish star Robert Lewandowski won the award for the best player in the world for 2020.

The famous “France Football” magazine had also nominated Mohamed Salah for the 2021 Ballon d’Or award, as the best player in the world, along with 29 other players.

It is noteworthy that Mohamed Salah grabbed all the attention with Liverpool in the past seasons, and won with him the English Premier League titles 2020, and the Champions League 2019, and is currently offering the most wonderful performances, at a time when he tops the list of scorers in the league with 16 goals, away from his closest pursuers, his Portuguese colleague Jota, By six goals.

And Mohamed Salah had recently stated, in a press conference, while he was in Cameroon, to lead the “Pharaohs” towards an eighth African title in the history of Egyptian football, that he did not vote for himself in the award, although one vote is influential in determining the identity of the winning player, amid Expected heated competition with Messi and Lewandowski.

The reactions of Mohamed Salah’s fans come without them knowing an important fact in the mechanism of choosing the best player, as the player who carries the captaincy of his country’s national team may not vote for himself, according to the latest FIFA instructions, which means that Salah will deprive himself of guaranteed points, because he may put his name In the first option in the form in which he gets five points, but if he chooses himself second, he will get three points, while the third option gets one point.

• January 17, the date for announcing the winner of the “The Best” award for the best player in the world in 2021, presented by “FIFA”.

The winners of the “The Best” award in previous editions: