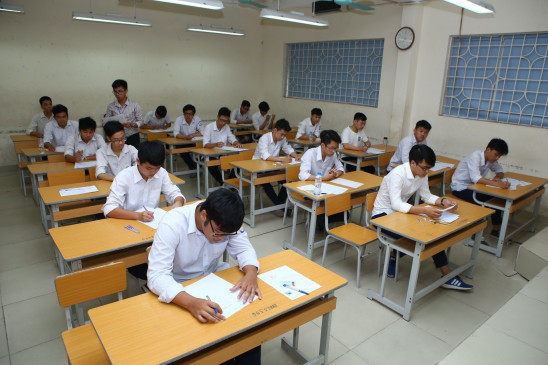 Digital Desk, Hanoi. Vietnam’s capital Hanoi on Monday resumed individual classes for high school seniors in its low-risk suburban districts. Hanoi can resume classes for only ninth grade students from Monday in its 16 suburban districts, according to a new directive from authorities, reports Xinhua news agency. Rules have already been set for the resumption of schools that only schools in low-risk places will reopen.

Students in other grades will have to learn online for now and kindergartens will remain closed. The order also states that strict anti-corona measures should be implemented for the reopening of schools. For example, students will have only one session a day at school, while teachers who have not been fully vaccinated against the virus will only teach online. Earlier on 8 November, the suburban district of Ba Wei was the first in Hanoi to allow in-person learning for its ninth graders after a 6-month shutdown.

Students from 12 urban districts of the capital are currently studying online. According to the local daily Vietnam News, Hanoi has about 3,000 schools with over two million students in 30 districts and one township. The capital is rolling out vaccinations for children aged 12-17 and working on a plan to get them back to school.