Indo-British naval joint military exercise in the Bay of Bengal: From today for the first 2 days 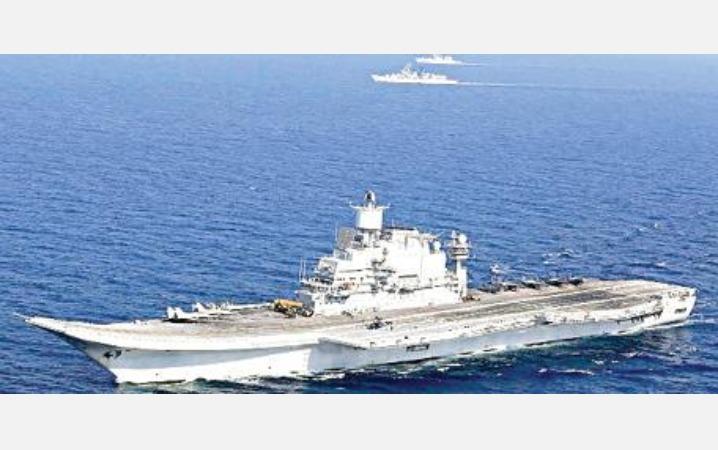 
Indian in the Bay of Bengal, Britain Navy The joint military exercise will be held for the first 2 days today (July 22, 23). The HMS Queen Elizabeth, Britain’s largest warship, will take part in the exercise.

India as a part of it – Britain Navy The joint exercise will be held in the Indian Ocean for the first 2 days today. The HMS Queen Elizabeth, Britain’s largest warship, has arrived in India to take part in the exercise.

The warship can accommodate F35B fighter jets and 14 helicopters. With the ship Britain Six naval ships and one submarine have arrived in India. During the joint exercise, the Indo-British Marines will jointly carry out various types of exercises.

The joint exercise, conducted by the HMS Queen Elizabeth aboard, will further strengthen ties with allies in the Indo-Pacific region, including India. That it would usher in a new era in security Britain Expressed optimism.

The HMS Queen Elizabeth warship is expected to sail into the South China Sea after a joint exercise with the Indian Navy.

This will be followed by a visit to the port of Karwar in Karnataka from October 21 to 23. Britain The Marines will conduct combat training. Following this, a joint exercise will be held off the coast of Goa from October 24 to 27, according to a press release issued by the Indian Navy.

Twelve warships and more than 30 aircraft, including India’s Rajput ship, will take part in the exercise.

Shyam Singarai shooting is over .. Nani tweeted that it is the same sequel

Exciting match between the Netherlands and Brazil

Magaly Medina responds to attacks: “I have never said that I am leaving the country. Here I am a homeland”

Why do medical teams in France refuse to receive the vaccine?

Haaland: I want to win the Champions League