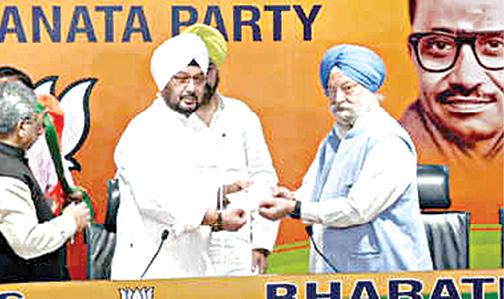 Then, Inderjit Singh In an interview, he said, “Kiyani Jail Singh was not treated with due respect. Jail Singh wanted me to join the BJP. He introduced me to Vajpayee and Advani. I joined the BJP at the behest of my grandfather Jail Singh. I campaigned for the BJP during Madanlal Khurana’s tenure as Delhi chief minister. ”

Ramgaria, a backward Sikh community dependent on Indrajith Singh, is significant in the Toba and Majha areas of Punjab. It is noteworthy that Jail Singh, the grandson of an influential figure in the state, has joined the BJP ahead of next year’s assembly elections in Punjab.