Induction of submarine ‘Vaghir’ in Navy – What are the special features? 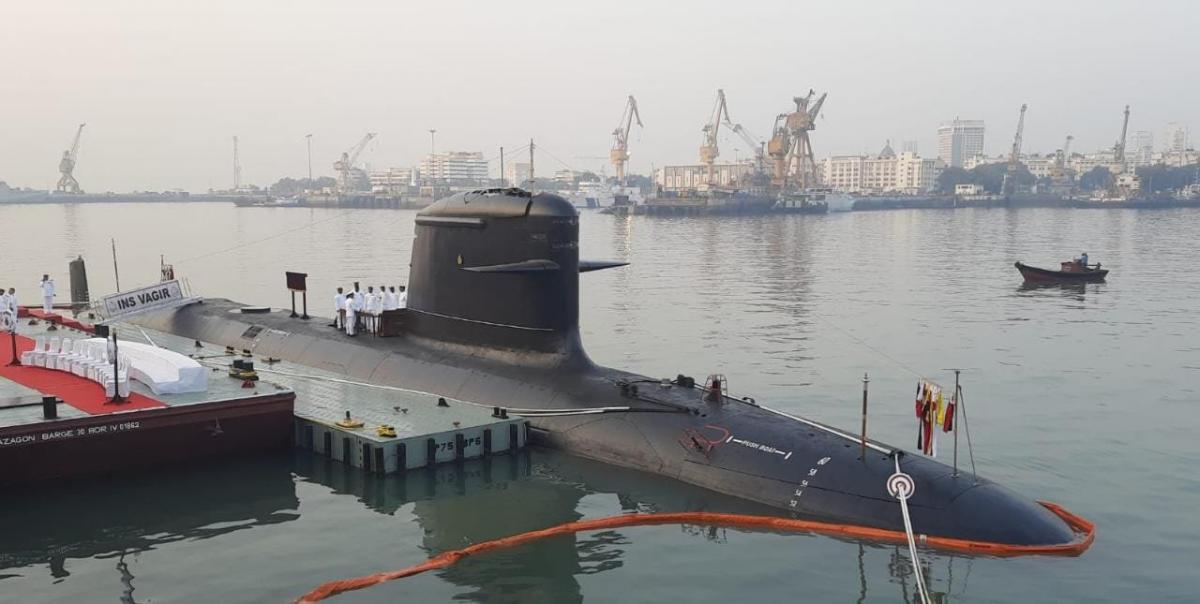 Mumbai: In a move to strengthen the Indian Navy, INS ‘Vaghir’, the fifth ship of the Kalwari-class submarine, was inducted into the fleet on Monday.

INS ‘Vaghir’ was built at Mazacon Dock Shipbuilding Co., India with technology transfers from France. In a ceremony held today, Vaghir was inducted into the Navy in the presence of Navy Chief R. Harikumar.

In this regard, the Indian Navy said, ‘This submarine will strengthen the capabilities of the Indian Navy in enhancing India’s maritime interests, deterring enemies, intelligence, surveillance and reconnaissance in times of crisis.

Vakir means sand shark. It represents secretive activity and fearlessness. Both these features are equally applicable to Vakir ship.

The world’s best sensors are mounted on the submersible. Its weapons include wire-tapping torpedoes and surface-to-surface missiles capable of annihilating large enemy forces.

The submarine also houses naval commandos for special operations. At the same time, its powerful diesel engine can quickly charge the batteries for covert operations.

It is worth noting that INS Vaghir has been inducted into the Indian Navy amid the increasing movement of Chinese ships in the Indian Ocean.

INS Vaghir Submarine is 67.5 meters long, 6.2 meters wide and 12.3 meters high. It is diesel-electric powered. The submarine is equipped with sophisticated missiles to destroy enemy warships. Attacks can be carried out not only on the sea area but also on air and land areas.

It sinks to a depth of 350 meters under the sea. It can stay under the sea continuously for up to 2 weeks. Since it does not make much noise, it cannot be easily detected even if it enters the enemy’s sea area.

The Indian Navy currently has more than 150 warships. The Ministry of Defense has set a target to increase the number of warships to 200 by 2027. Similarly, the navy has 17 submarines. 2 of these submarines are nuclear attack capable. Most of the country’s submarines are made by Russia and Germany.

In this context, in 2005, the Central Government entered into an agreement with the Naval Group of France to manufacture 6 new submarines. According to this, in the year 2007, the work of manufacturing submarines started at the construction site in Mumbai. The first submarine, INS Kalwari, was inducted into the Navy in 2017. INS Ganderi in 2019, INS Karanj and INS Vela in 2021 were successively inducted into the Navy. INS Vaghir, the 5th submarine in this series, was commissioned into the Navy today.