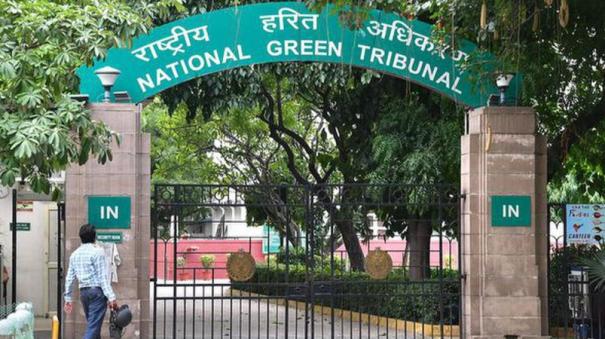 New Delhi: The National Green Tribunal (NGT) has imposed a fine of Rs 3,500 crore on the West Bengal government for inefficient management of solid and liquid waste.

The National Green Tribunal Chairman Justice A.K. Goyal was held earlier. At the end of the trial, Judge A.K. Goyal said in the judgment issued yesterday:

The state government and local bodies have the responsibility to provide a pollution free environment. The Government of West Bengal has allocated Rs 12,818.99 crore under the Department of Urban Development and Municipal Administrative Affairs during the budget allocation for the financial year 2022-23.

But the West Bengal government has failed to utilize that amount to prevent environmental pollution and improve solid and liquid waste management.

Solid waste management facilities could have been established using the funds. But the West Bengal government has failed to do that. It should be noted that health problems cannot be postponed for long.

There is no objection to receiving central funds for these projects. However, the State cannot shirk its responsibility or delay the project on its pretext.

Considering the damage to the environment in the state of West Bengal, we are of the view that compensation should be provided by the government for past violations.

So we impose a penalty of Rs.3,500 crore on the state government. This fund should be deposited by the West Bengal Government as a separate fund within the next 2 months. Failure to pay this amount will result in additional penalties. Thus Judge A.K. Goyal said in his order.